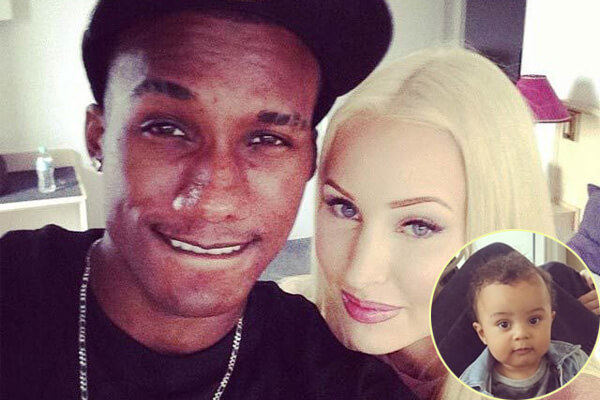 Further, baby mama Alyce Madden is reportedly keeping son Zade away from his father’s sight. Why the mother is doing this to a loving father, nobody knows. One thing’s for sure, and it’s that Hopsin is a man who will get his son back no matter what petty roadblock is thrown at his path.

Despite their fall out, the couple is parents to their only child. As a result, Hopsin traveled to Australia to see his only son. Unfortunately, baby mama Alyce made it impossible for Hopsin to meet his kid Zade. Alyce reportedly called the Sydney police on her ex-boyfriend, who tried to break into her house. He also physically attacked Alyce in a violent outburst. This incident resulted in Hopsin’s arrest by Australian police, and he was freed under bail after being in the jail cell for a few days.

Hopsin’s son Zade Ryker Lee is in his ex-girlfriend’s physical custody at the moment. Zade’s mother Alyce thinks she deserves to keep her child. Little does Alyce know, that Hopsin ain’t gonna stop till he sees his son and gives him a warm fatherly hug. Hopsin has tried to contact his son in Australia numerous times. If only the baby mama would let little Zade see his estranged father.

After finding out that she cheated on with her personal trainer, Zade’s father Hopsin broke up baby mama Alyce Madden. News about their breakup started trending on social media websites like Facebook and Twitter. The former “Funk Volume” rapper said he was devastated by his ex-girlfriends’ apparent lies and blatant cheating. Following his breakup, Hopsin went on to post longwinded rants on his official Twitter and Instagram.

In the rants, he describes Alyce Madden as “a gold-digging plastic surgery b***h looking for fame” and similar other derogatory insults. He claimed that Alyce only wanted to be a part of his life due to his rich and lavish lifestyle.

However, it seems Hopsin has had a change of heart about his estranged girlfriend Alyce Madden. The lyrics of his most recent song, “The Old Us”, sounds like a tribute to his past love life and relationship with Alyce. In the lyrics, Hopsin hints at his change of mind regarding his relationship with Alyce. He further suggests that he and Alyce should patch up old wounds and get back together as a family.

Maybe he’s thinking about getting married to baby mama Alyce. After all, Hopsin is a father to a healthy infant son, Zade. A son’ wants to see his mother and father together, if he wants to be truly happy. Well, that’s what we think.

The name Zade is of Arabic origin and means either trendy or flourishing.