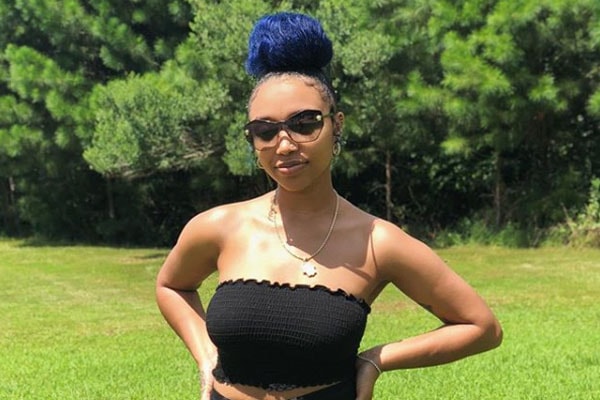 Rapper T.I.‘s wife Tameka Cottle is a mother of four children, and her daughter Zonnique Jailee Pullins is one of them. Zonnique Pullins was born on the 20th of March, 1996. Tameka had Zonnique with her ex-husband Zonnnie Zebo Pullins.

The gorgeous Zonnique Pullins is not alone; she has got three half-siblings named Major Philant Harris, Heiress Diana Harris, and Clifford Joseph Harris III. She has got a lovely bond with every one of her siblings. She is also very close to her stepfather rapper T.I.

Zonnique Pullins is famous by her stage name Miss Star. As for her family and close friends, they call he Nique Nique.

Aside from being a solo rapper, Tiny Harris’ aka Tameka Cottle’s daughter Zonnique is also a member of the girl group OMG Girls. The other members of the group are  Bahja Rodriguez and Breaunna Womack. The group has not been active for many years now, and Zonnique has started her solo career. She has got a YouTube channel on which she uploads her songs. She has acquired over 69K followers as of 2018 and millions of views from it.

As Zonnique Pullins’ mother Tiny Harris and stepfather T.I. both are singers; we bet they helped their daughter a lot. They must have given tips to their daughter on how to be a singing star like them. T.I.’s stepdaughter Zonnique is also famous on Instagram and has got over 2.6 million followers.

Going through Zonnique’s social media handle if there is one thing we learned then it is that she loves experimenting with her hair a lot. She has bleached her hair blonde, gold and black, violet, and others. Along with that at times she cuts her hair short, and sometimes also curls it.

Along with her hair, Zonnique had a surgical eye color change in 2015. So looks like she really loves experimenting on herself. But no matter what she does, Zonnique looks good in everything she does.

People having Zonnique name are someone who has high inspiration and aspiration.

As for the name Jailee, it has an English origin. It is a name for girls and the meaning is `jay (bird), Fiery.`