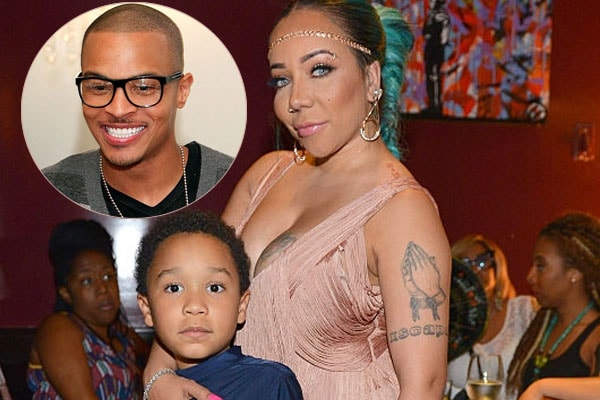 Son of T.I., Major Philant is one of the stars of T.I. & Tiny: The Family Hustle, an American reality TV series based on Clifford Joseph Harris Jr. aka T.I.’s life. Despite the show ended on the 29th of May, 2017, Major Philant has already left a mark.

Going through Major’s uploaded photos, it looks like he has got an eye for stylish clothes. If you go through his Twitter account, then you will understand what we meant. He is not that famous in Twitter-like on Instagram.

Looks like Tiny’s son has been caught in the wind of the social media world. We can see photos of him using filters along with his mom and show the world the bond between the mother-son duo. He also visits parks and tends to have fun with his mother Tiny.

T.I.’s son Major Philant keeps his fans updated on his life, even though his profile is handled and monitored by parents As he uploaded a photo of his Elementary School Graduation, there was a flood of comments on his post congratulating him on his achievement. We bet both T.I. and his wife Tameka Cottle aka Tiny Harris are proud of their son’s feat.

Major:
The name Major is a Latin origin name which means greater. Looks like T.I. wants his son to reach a greater height that he chose the name.
Philant:
Philant means someone who is keen in either speaking or writing. Philant probably must be the short form of ‘Philanthropist.’ We hope that Major Philant Harris will live up to his name.