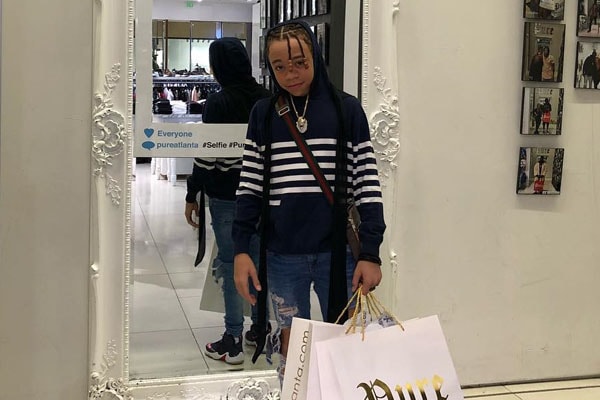 Rapper T.I’s son, Clifford Joseph Harris III is the eldest son of the former Xscape member, Tameka ‘Tiny’ Cottle and Rapper T.I. The 14-year-old Joseph Harris was born on 25 August 2004 in the USA.

After courting for over eight years, the parents of Harris, T.I and Tiny, tied the knot on July 30, 2010, in Miami Beach, Florida. The union of the pair produced three adorable children, including. The two sons- Clifford Joseph Harris III and Major Philant. Apart from the two wonderful boys, the lovebirds share a beautiful daughter, Heiress Diana.

The proud parents of three, Rapper T.I and Tiny believe that God has blessed them with miracle babies. The mama’s boy, Harris loves his family and is close to his siblings. However, the long relationship between the parents turned sour with time, and the lovebirds agreed on getting a divorce.

Tameka ‘Tiny’ Cottle, filed for divorce after six years of marriage in the year 2016 citing the “irreconcilable differences” between the pair. However, the couple is trying to rekindle their romance and have kept their divorce on hold. Father, Clifford Joseph Harris Jr., and mother, Tameka ‘Tiny’ Cottle are trying their best to co-parent the children. King’s parents T.I and Tiny documented and shared their family life on the hit TV series T.I & Tiny. The family show debuted in December 2011.

The Rubberband Man, T.I and his wife, Tiny are proud parents of three children and often share their fondness for the children with the social media following.

The adorable son of Rapper T.I and Tiny, Joseph Harris is the elder brother to a brother Major Harris and a young sister, Heiress Diana Harris. The young Joseph is obsessed with his siblings, and the three children are inseparable. King Harris’ brother, Major Harris was born on May 2008 and weighed in at 7 lbs., 4oz. Likewise, the youngest daughter of the family, Heiress Harris was born on March 2016.

The family love spending time with one another and live a blissful life together with very few disputes. The Harris family recently celebrated Joseph’s 14th birthday. The parents posted the picture of their son with an adorable caption on their respective Instagram accounts. Besides that, the young King is a huge “xxxtentacion” fan and has posted a lot of pictures on his Instagram as a tribute for the singer. Moreover, the obsessed fan has tried to style his hair like Tentacion.

The name Clifford is an English baby name which means, ‘Ford near a slope/Cliff’.

The name Joseph is the Latin form of Greek and was derived from the Hebrew name (Yosef) meaning “He (God) will add”.