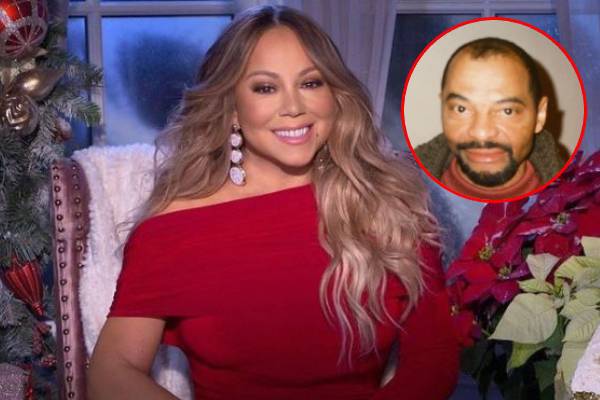 Mariah Carey's dad passed away at the age of 72 due to cancer. Image Source: Mariah Carey Instagram.

Mariah Carey is a well-known singer, actress, and songwriter from America, who rose to fame from the early days of her musical career. She also became the first artist to have her first five singles reach number one on the Billboard Hot 100. Because of her hit musical albums, she has garnered several awards and accolades and is one of the best-selling music artists.

Well, Mariah’s professional career is an open book to many of her fans, but her personal life is something that not everybody knows. She is the youngest among the three kids of her parents. Besides these, people know little about her family.

Mariah Carey’s father, Alfred Roy Carey, was of African-American and Afro-Venezuelan descent. Before changing his surname to Carey, he was Alfred Roy Nuñez. Alfred’s dad had changed his name from Nuñez to Carey to cope with the racism that many immigrants have to go through.

Alfred met his future wife, Patricia Hickey in the 1960s, and the duo fell in love with each other. However, Patricia’s mother disowned her for her relationship with Alfred. Moreover, she also asked Patricia to pretend to be single during any family functions and not bring Alfred with her. Not only that, Alfred and his soon-to-be wife were also shot at through their kitchen window, as racism was at its peak during the 1960s.

Alfred and Patricia eloped, and after getting married, they decided to live in an all-white neighborhood. But owners did not sell the house to a black man, so Alfred Roy Carey’s wife, Patricia, purchased the home.

Later, Alfred and Patricia Carey moved to a mixed neighborhood, as he was concerned that the community in which he and his wife lived had no other black people. But as soon as they moved, they started facing various problems, including the neighbors poisoning their dog and setting fire to their car. The couple had to go through these problems just because they were a black and white couple.

Despite their problems, Alfred and his wife stuck together and started growing their family from two to five.

Despite the problems that Alfred and his wife, Patricia, had to face for being an interracial couple, they remained together and loved each other. They became the parents of three kids, two daughters and a son. Alfred’s elder kids are Morgan Carey and Alison Carey. His youngest kid, Mariah Carey, was born on the 27th of March, 1969.

When Alfred Roy Carey’s youngest daughter, Mariah, was three years old, he and his wife divorced. His two elder kids stayed with him following the separation, but Mariah stayed with his ex-wife. Nonetheless, Mariah used to spend time with her dad during weekends.

In her memoir, The Meaning of Mariah Carey, Alfred’s daughter, Mariah revealed her relationship with her siblings after their parents got divorced.

He Had A Bittersweet Relationship With His Daughter

As mentioned earlier, Alfred and his wife divorced when Mariah was three years old, and the singer began living with his ex-wife. He and Mariah used to spend time during weekends. According to Mariah’s book, Alfred had joined the military. Similarly, according to Hollywood Life, he was an aeronautical engineer.

Mariah Carey’s father used to be strict about everything, and at his home, there was no room for waste or extravagance of any kind. Moreover, she even recalled that her dad did not like the concept of snacking. He would allow her to eat one cracker if she was hungry while waiting for dinner.

Sadly, Alfred was less supportive of his daughter’s career when she first started. According to him, music was not a stable way of earning money in order to sustain a living. Despite his resentment towards Mariah’s musical career, she continued to pursue her dream. As a result, their ritual of Sunday dinners became rare as he didn’t even show up for their scheduled time together.

Even after Mariah won two Grammys, her dad asked her to become a producer instead of congratulating her. Despite their bitter-sweet relationship, she often remembers the Sundays they spent together and is grateful for everything her dad did.

Mariah Carey’s Father Passed Away At The Age Of 72

Sadly, on July 4, 2002, Mariah Carey’s dad, Alfred Roy Carey, passed away due to cancer. While she was busy recording her album Charmbracelet in Italy, Alfred called her and informed her that he was in the hospital. Furthermore, he told her that the prognosis did not look good.

Mariah later learned that her dad had a rare form of bile-duct cancer. She then continued to visit him. Unfortunately, Alfred’s treatments were not working, and his cancer kept worsening. At the end of his life, Alfred and his daughter made amends and tried healing their relationship.

At that time, Mariah revealed to her dad and her family members about her struggles growing up. Then, after he passed away, she found out that her dad had made a collection of newspaper and magazine clippings about her.

Similarly, Alfred’s daughter recreated his funeral in her music video “Through The Rain.” Mariah carried out his funeral at the Unitarian Universalist fellowship that he had attended for many years. His favorite flowers were sunflowers, so his youngest daughter chose a place with bright yellow flowers.

It must have been challenging for Mariah to cope with the death of her beloved dad. Although the father-daughter duo had problems at some point in their life, they later reconciled.