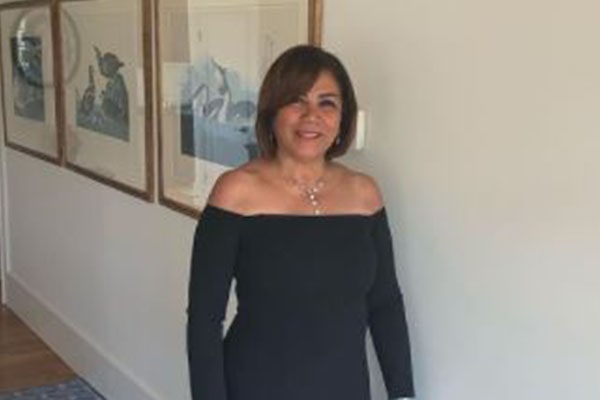 Alani Nicole Vázquez, aka La La Anthony, is a television personality, author, producer, actress, and businesswoman from America. She has worked as a host in several shows, but her work as an MTV VJ on Total Request Live made her famous. Besides this, she is an actor who has acted in more than dozens of movies and series, which were critically acclaimed. Furthermore, Anthony has also gained immense fame and fortune as an author of two books, among which her debut book The Love Playbook was the New York Times Best Seller of the year 2014.

Anthony was born to Carmen Surillo and her divorced husband. The fame and the success that Anthony has gained today are due to her parents’ support. Anthony’s dad prefers private life, due to which much information about him is unknown. However, Anthony credits her mother for the success that she has achieved.

La La Anthony’s mother, Carmen Surillo, is a Puerto Rican native-born in New York. From her marriage with the former husband, she has four children. Carmen’s ex-husband prefers a private life, so much information about him is unknown. Nevertheless, Carmen gave birth to four children, Christian Vazquez, Aviana Vazquez, Solana Vazquez, and La La Anthony.

Carmen Surillo’s children have all grown up to be great personalities engaged in various professions. Her son, Christian Vazquez, is an entrepreneur who has been involved in multiple business ventures and also owns a merch store. Carmen has raised her children with great love and care.

Following Carmen’s divorce from her husband, the children stayed with mom, and they even visited their dad time and again. Carmen often uploads about her kids on her Instagram. As compared to La La and Christian, she posts very little about her other two daughters. Both of them seem to prefer a normal lowkey life away from media and the limelight.

Anthony Credits Her Mom For Giving Her Confidence

As stated before, La La Anthony is one of the children of Carmen Surillo. Surillo, as a single mother, raised her little ones with great love and care. Anthony has always been open about how much she loves and adores her mother. She uploads her mother’s pictures with lovely captions and shows that her mom is everything to her.

In an interview with Essence, Anthony mentioned that all the confidence that she has is due to her maa. Carmen has always been a hype girl for the beautiful model La La Anthony. La La added that her mother insisted on the quote, “less is more, and you have to keep everything natural.”

Well, we can clearly see how strong the bond is between La La Anthony and her mother, Carmen Surillo.

Attends Various Events And Ceremonies With Her Daughter

As stated earlier, Anthony has always been open about her love and respect towards her mother. She even thanks her mom for the success that she has achieved in her life. La La Anthony’s mother has also become no less than a celebrity due to the fame and wealth accumulated by her daughter. Carmen is seen attending various award functions and ceremonies with her kids.

In 2018, Carmen attended VH1’s 3rd annual “Dear Mama: A Love Letter To Moms” screening at The Theatre at Ace Hotel in Los Angeles, California. At the ceremony, Lala Anthony’s mama wore a white dress and simple makeup while she had a beautiful grey-colored glittery body con. The mother-daughter duo looked stunning. Apart from this, Carmen accompanies her daughter to other award functions and ceremonies. Anthony’s brother Christian Vazquez also attends ceremonies and events with his mother and sister.

La La Anthony’s mama Carmen Surillo is a lovely woman and loves to spend quality time with her family. She supports and encourages her children to do better and gives them confidence. Carmen also helps to raise her grandchildren, including La La’s son, Kiyan Carmelo Anthony, whom she loves very much. She is doing great for herself and is living a comfortable lifestyle.