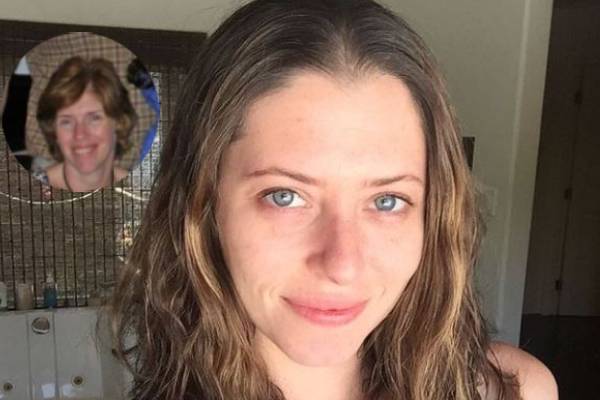 Lauren Anne Miller aka Lauren Miller is an actress and comedian who has also worked as a director and screenwriter in some of the projects. Furthermore, she also came into the limelight as Seth Rogen‘s wife, with whom she has been married since October 2011.

Lauren is the youngest child of her parents, Adele Miller and Scott Miller. She loves both of them and often shares thoughtful and lovely posts dedicated to her mom and dad. So, in this article, let’s learn more about Lauren Miller’s mother, Adele Miller, and her life.

Adele Miller, The Mother Of Two

Adele Miller and Scott Miller were married for several decades until her death. In all those years of marriage, the duo gave birth to two kids, a son, and a daughter. Adele Miller’s son is Dan Miller, and her daughter is Lauren Miller.

Adele’s son works as a portfolio manager at Gabelli Funds, a diversified global financial services company that Mario Gabelli founded. It offers an extensive range of investment capabilities. Furthermore, he also serves as the board chair at We Are HFC. In addition, he is the campaign manager of Bobby Valentine, former MLB manager.

Talking about Adele Miller’s daughter, Lauren Miller is a well-known actress and comedian who has also been involved in different philanthropic works. And it is clear that Adele raised her two kids to be great individuals.

Was Diagnosed With Early Onset Alzheimer’s

At the age of 55, Lauren Miller’s mom, Adele Miller, was diagnosed with Early Onset Alzheimer’s. It seems like the condition runs in the family as Adele’s parents too, had Alzheimer’s. Sadly, at the age of 72, Adele’s dad passed away from the disease. At that time, her daughter, Lauren, was 12 years old.

Before her father passed away, Adele used to look after him. Moreover, her mom was also diagnosed with Alzheimer’s. Within a few months of her diagnosis, Adele’s mom’s condition deteriorated, and she passed away when she was 75.

Having lost both of her grandparents to the disease, Lauren, thought something was not right with her mom when she was 22 at her college graduation. And three years later, Adele was diagnosed with Alzheimer’s. Similar to her grandmother, Lauren Miller’s mother’s condition also deteriorated with time.

Following the diagnosis, Lauren’s mother, Adele, had to retire from teaching. Lauren also revealed that her conversation with Adele shortened and consequently stopped. Moreover, Seth Rogen’s wife had to dress and undress her mother when they had to go shopping.

Furthermore, Adele Miller’s husband also retired to take care of her and spent days dressing, cleaning, and feeding her. As the time passed, Seth Rogen’s mother-in-law even forgot who her husband and children were. Moreover, during Lauren and Seth’s wedding, rather than Adele walking her daughter down the aisle, Lauren and her dad had to support her.

Lauren Miller’s Mother Passed Away At The Age Of 69

Sadly, twelve years after her early-onset Alzheimer’s diagnosis, Lauren Miller’s mom passed away on February 1, 2020. The actress shared a deeply moving post on her Instagram saying how much her mother had done for her. She also recalled everything that her mom taught.

Furthermore, Lauren Miller’s brother also shared his thoughts on his Instagram. It must have been difficult for the actress and her brother to lose a parent to such a dreadful disease.

In the post that Lauren had shared on her Instagram page, she also asked her fans and followers to donate to HFC, previously, Hilarity For Charity. HFC is a non-profit which is dedicated to raising money for Alzheimer’s research.

Adele’s daughter and son-in-law, Seth Rogen, launched the organization in 2010. And since 2012, the couple has raised over $11 million. Lauren and her husband have been working tirelessly to raise funds and have become successful in their work.

In an interview with ALZLive, Lauren Miler opened up about her mom’s Alzheimer’s. Furthermore, she also talked about why she is working with different universities and has been raising funds for Alzheimer’s research.

Seth Rogen’s mother-in-law, Adele, was a fabulous woman, and those who know more undoubtedly miss her. And, even though we won’t get to see Adele Miller and her children together, let’s hope they will come forward to honor her legacy in the coming days.