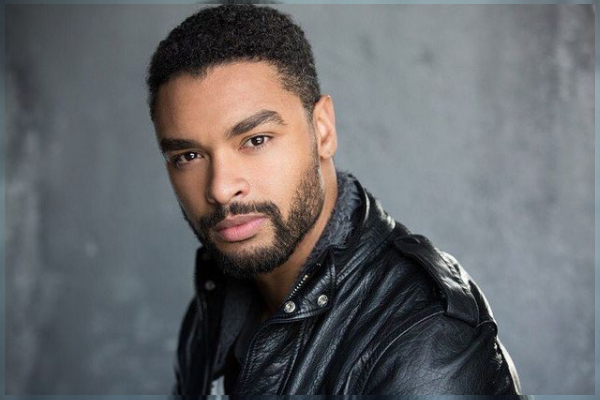 Bridgeton star Regé-Jean Page has come along a long way since his career debut in 2007. Thanks to his supportive parents, he has been pursuing his passion in the entertainment world nonchalantly.

Therefore, here, we shall discuss Regé-Jean Page’s parents, who introduced him to the acting world deliberately. Also, find out how he experienced challenges as a multi-racial kid early on.

Who Are Regé-Jean Page’s Parents?

‘Home is very much wherever it is that your people are and where you fit in,” says Zimbabwean British actor Regé-Jean Page.

Rege-Jean Page’s father was an English preacher while his mother, a Zimbabwean nurse. Page further claimed that his parents were one of the early couples to get interracially married.

Although Page does not hesitate to talk about his parents, he’d rather keep them confidential. Therefore, he doesn’t speak much of them neither posts on his Instagram, which has whopping followers of 5.6 million followers.

However, we do know the couple welcomed four kids together.

Although Page does not speak much of his family, he revealed that his parents welcomed four kids together, and he is the second youngest.

The Survivor actor further added that his parents raised him and his siblings globally. Thus, he believes that home is a relative concept. He further elaborated that he has a family in South Africa, Australia, etc., and hence grows one’s perspective.

While talking to Square Mile, Page learned the accent of post-colonial Zimbabwe, similar to the 1920s newscaster English type. Furthermore, he noted that he spoke like his mother’s relatives in the village as they would not trust or accept the Englishman.

Moreover, the second youngest in the Page family was exposed to racial inequality at a young age. Thus, he understood that he was a walking political statement at age three, revealed Rege while talking to Interview Magazine.

Likewise, Rege-Jean admitted that walking around with his face meant his parents did the revolutionary thing that pisses people off.

Similarly, Page also understood that it was essential for him to craft his identity early on and that post-colonial Zimbabwe wasn’t the best environment for a mixed-race boy. Despite the difficulty, Page grew up in a supportive family environment that introduced him to the acting world.

Introduced Their Second Son To The Acting World

If you have been following Simon Basset, you might have missed the fact that Rege’s acting career started after moving to the UK at age 14.

Additionally, Rege-Jean Page’s parents took him to Saturday school for dancing and acting because of his loud & attention-seeking attitude. He hilariously added that childcare is basically saying, “Get my loud attention-seeking child out of my hair for three hours.”

Furthermore, as a child, Page’s parents had to see their son form a punk-rock group with his brother because he found comfort in aggression and ‘in breaking through false walls and challenging norms.” Moreover, Rege-Jean and his brother, Tose Page, formed a musical duo named TUNYA and wrote a few aggressive pieces of music.

Thanks to Page’s family, he is now a rapidly blossoming actor in the acting world. Thus, let’s hope to see more of him in the future. Also, although he is very private about his family and how his parents agree on remaining away from the limelight, let’s hope to see them in the upcoming days.