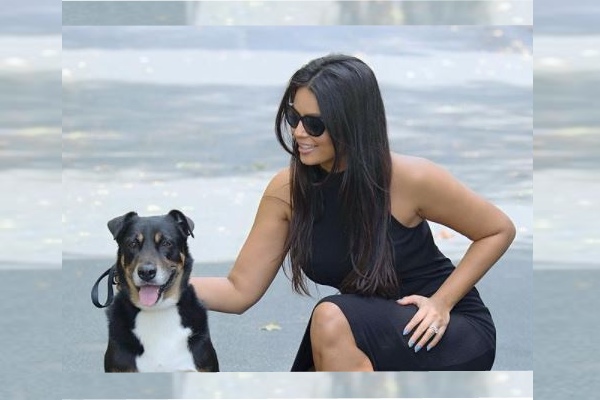 Dave S. Fizdale is an American basketball coach. The latest team that he coached in the National Basketball Association(NBA) is the New York Knicks. Previously, he had also worked for the teams like Miami Heat, Memphis Grizzlies, etc. Despite his contribution and involvement in this field since 1998, there have been different questions on his incompetence.

But this article is neither about Dave Fizdale‘s contributions nor his controversies. We are going to talk about his wife Natasha Sen, one of the most popular NBA wives. Don’t forget to read the whole article to know the 5 facts about David Fizdale’s wife, Natasha Sen.

Natasha Sen Is Of Asian Ethnicity

Natasha Sen, now 35 years old, was born on June 10, 1985, and information regarding the exact place of birth is unknown. As per her racial background, she is of Indian ethnicity and a Canadian. Natasha spent a part of her childhood in India, and then she had to move around quite often as her stepfather was in the army.

She graduated from OCAD University in 2008 with a Bachelor’s degree in Design, Creative Advertising, Brand Development, Marketing. Additionally, Natasha has also studied HTML, CSS, and Web Designing at Ryerson University. She lived in Toronto at that time.

David Fizdale And Natasha Sen Got Married In 2014

David and Natasha exchanged their I dos in 2014. The grand ceremony took place in the luxurious Hotel Del Coronado in San Diego, California. They exchanged their marital vows on the beach among family and some friends. Many popular NBA stars like Dwayne Wade, Heat’s coach Erik Spoelstra, Jenine Howard, Juwan Howard, Steve Stowe were spotted at the ceremony.

Natasha did not forget her Indian heritage, so on the eve of the wedding, guests were treated to the Henna party. There was also a sandcastle and romantic bonfire night at the beach near the hotel. The couple has been happily together ever since.

David And Natasha Are Expecting A Child Really Soon

Until now, the couple had been treating their dogs as their babies, but nearly after six years of their happily married life, Natasha announced that they are expecting their first child together. She revealed that they were going to have a baby boy in some time really soon. Natasha also said that it was a miracle since they were having problems in conceiving during the 6 years of marriage.

Well, this is finally something great for the couple amidst Covid-19. Natasha also has a stepson from David’s former love interest. His name is Kyle Jackson. Kyle, who is now 27 years old, has supposedly completed a degree in music engineering and production.

Natasha Is The Founder Of The Company Called ‘ The Creative Penny’

David Fizdale’s wife, Natasha, moved to the United States after the marriage. Given her educational background and qualification, she chose to start a marketing and designing agency called ‘The Creative Penny‘ in 2014. She set up her very own business because of the extensive experience that she had in marketing.

Natasha has previously worked as the marketing director of one of the biggest real state organizations, Majestic Properties. She has also worked in various marketing and freelance companies such as Print Ready Designs, Elevation, The Faneuil Group, etc. She is an independent woman with a fine career. And some sites suggest Natasha Sen’s net worth to be in millions of dollars.

David Fizdale’s Wife Has A Massive Number Of Followers

As aforementioned, Natasha is one of the most popular coaching wives in the NBA. She commands around 104k followers on Instagram, and that is a massive number. As of now, she has made 1941 posts on her Instagram handle. Unlike most of the family members of other NBA coaches, she likes to share most of her personal details through her posts on Instagram and Twitter. She has around 500 followers on Twitter.

One of the major reasons behind this massive fan following is her physique. She is said to be the sexiest wife among the wives of other NBA coaches and players. But she is not just about her physique, she is a woman with a fine career, and she does not hesitate to speak for what’s right.

David Fizdale and Natasha Sen have complemented each other very well since all these years. Let’s wait for the little one to arrive in this world and how drastically the world changes for Natasha and David. We wish them the best of luck for their first parenthood together.