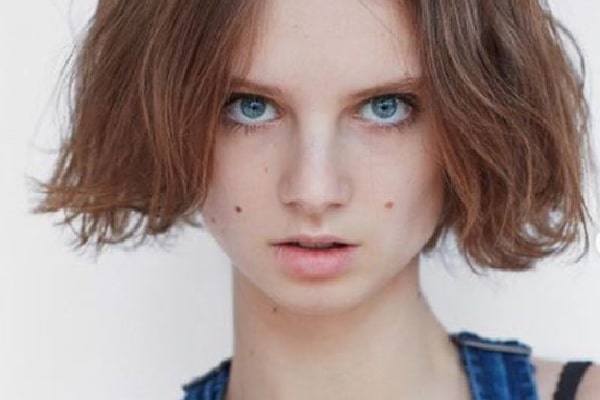 The fashion world has always had lashings of emerging models, and one of them is model Giselle Norman. Although she hasn’t been in this game for a very long time, she’s already showing the signs of reigning in this industry some time near soon.

Giselle Norman, born as Giselle Isabella P. Norman, was born in the small town of Petworth in West Sussex in England. It might be easier for you to visualize if we say that she was born in the old British village in the movie, The Holiday. This girl from this small town has already worked for big names such as Louis Vuitton, Dior, and Chanel. This 19 years-old claims that she is fun, loyal, and she can laugh at herself.

Carry on with this article for the 5 facts about the emerging model Giselle Norman.

Model Giselle Norman Dropped Out Of Her School For Modeling

Giselle went to Bryanston School for A-levels, but studying was not her forte. She was struggling day and night, just to rank at the bottom of the class. On the other hand, Giselle was influenced by Cindy Crawford; and Crawford was the first model that she ever saw. There were two things that she wanted: one to stop studying and two to start modeling. This was not an easy decision for someone who was only 17, but she knew that an early bird catches the worm.

She resolved the dilemma inside a train heading towards the South of France for a Louis Vuitton show. This was a tough decision and also not a tough decision, both at the same time since her family was really supportive of her. As it’s said, ‘A change is as good as a rest,’ this change turned out to be the biggest opportunity of her life.

Giselle Was Picked Off In The Restroom Of A Restaurant

It’s pretty strange, but Giselle was spotted by an agent from Storm Management in the restroom of a restaurant on Kings Road.

She wanted to use one of the restaurants’ restroom, but the staff did not give her access. But this fidgety girl went discreetly, and while she was on her way out, the agent approached her. The gorgeous Giselle was 14 at that time.

Giselle has not only one but two beauty spots on each side of her cheekbones. The moles are perfectly symmetrical, at a distance of exactly 4.5 cm for the edge of her nose.

Previously, she used to be very conscious of those spots. Once she had even asked her mom if they could remove it using a laser; her mom disagreed. And as it turns out, those spots are the identity that makes her stand out from the crowd of talented young models.

Many of you might be eager to know the relationship status of this extremely talented and beautiful young model. Good news for everyone who is crushing on her; she doesn’t have a boyfriend yet. She revealed her relationship status in one of her interviews with The Sunday Times Style.

Her Instagram also suggests that she is so busy with work, her family, and lovely friends that she doesn’t have any time for dating.

Giselle Is Also On TikTok As ‘gisellenorman1’

Giselle Norman is actively present in TikTok, along with 1932 followers. She seems to follow the TikTok trend quite a lot.

Most of her videos feature her funloving friends, including model Kaia Gerber.

The Breakout Models Of LFW AW19

Giselle Norman has been blooming ever since her first fashion show for JW Anderson. At such a young age, she has already appeared in America Vogue, Vogue Italia, Vogue Japan, British Vogue, i-D, etc. She has also been featured in ‘The Breakout Models of LFW AW19’ by Vogue. As someone who loves to travel, meet, and interact with people on set and backstage, she must be loving her work-life. This model, who sleeps with her eyes half-open, needs to wait and see what the fashion industry holds for her. We hope that she continues to make headway.