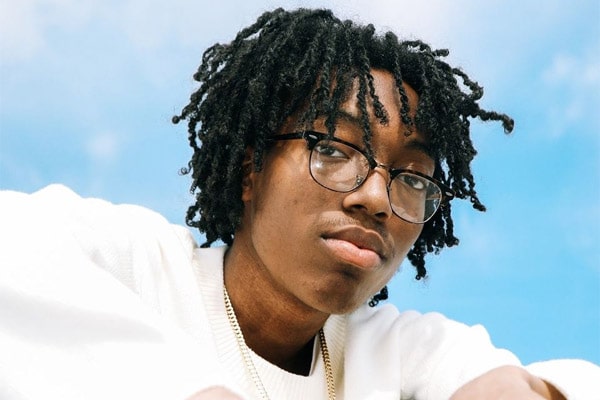 In just a couple of years, Tyler-Justin Anthony Sharpe, popular with the rap name Lil Tecca, established himself as one of the American Music Industry’s successful rappers. The eighteen-year-old boy, Lil Tecca, went from a high school sophomore to securing a top-five place on the Billboard charts for his song ‘Ransom.’

Back in 2019, Lil Tecca began dating a girl named Racquell Pesos. Their romantic relationship got public when Tecca shared a photo with his girlfriend Racquell on 9 June 2019. Since then, Racquell also came to prominence, and every Lil Tecca’s fans are interested in her.

Here, we are with some facts of Lil Tecca’s ex-girlfriend, which you might not know.

As mentioned earlier, Lil Tecca’s love life with his ex-girlfriend, Racquell Pesos, got public on 9 June 2019. Lil Tecca never hid his romantic relationship with Racquell. He used to share photos of his then-fling, Racquell, on his Instagram page occasionally.

However, the two teenager’s romance did not last long. Rumors of Racquell cheating on Lil Tecca spread through various online news portals like a wildfire.

Some months ago, Tecca posted on his Instagram story that he was single. Simultaneously, Racquell also shared a post saying ‘switch up to be too real, it’s all good tho.’ Although Tecca’s ex-lover, Racquell, did not mention whom her post was dedicated to, his fans assume that it’s for Lil Tecca as he opened about being single on the same date. However, the posts shared by them are no more available now.

According to various sources, Lil Tecca’s ex-girlfriend, Racquell, is an Instagram model with good fan followers. Moreover, she is famous for her seductive appearance and athletic body. However, after the break-up with Lil Tecca, Racquell seems to have deleted her gram as there is no any Instagram account available in her name.

Probably, after separation from the rapper, Racquell might be using Ig with a different name to protect herself from unnecessary comments from the media.

Life Far From The Spotlight

Racquell Pesos remained in the media spotlight for just some period. She was popular among the fans of Lil Tecca when she was in a romantic bond with him. But later after her break-up with the ’Ransom’ singer, a drastic change occurred in her life.

Lil Tecca deleted every photo of him with Racquell that he had posted on his social media portals. Racquell also seems to have deactivated her social networking sites like Facebook and Instagram. She started staying far from the limelight as much as she can to avoid unnecessary social media dramas.

After the famed rapper Lil Tecca split-up with Racquell, he is enjoying the single life in the present. There are no updates regarding the new girlfriend of the young star.

However, the eighteen years old Lil Tecca can be seen surrounded by different beautiful girls. At such a young age, Tecca has succeeded in attracting many gorgeous beauties around him who might be on the waiting list to date him.

There were gossips around the internet concerning the death of Lil Tecca in JFK airport back in September 2019. News about Lil Tecca shot dead had swirled in the news headlines. However, later the airport authority claimed that no shooting had taken place in JFK airport since 2016. And the matter vanished like it was never there.

After hearing the news about the death of Lil Tecca, his fans and well-wishers directly tweeted at him asking about the rumors. Thankfully, Tecca replied to his admirers and put an end to the baseless tittle-tattles.