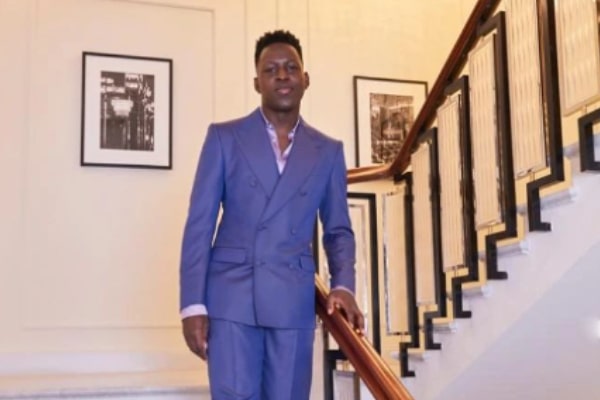 Toheeb Jimoh is a skilled actor famous for appearing in the American sports comedy-drama series Ted Lasso. He played Sam Obisanya in the series. Although it has not been long since Toheeb kicked off his career, he has already established himself in the industry.

Many people are curious about the emerging actor’s personal life. Hence, we present some interesting facts about Toheeb Jimoh in today’s article. Keep reading to learn more about the well-known personality’s personal and professional life.

Is Of Nigerian Descent

Born in the United Kingdom, Toheeb is of Nigerian descent. He lived in Nigeria for a few years and returned to the UK when he was seven years old. In an interview with Vanity Fair in August 2021, the Primetime Emmy Award nominee disclosed that his earliest memories are from the same country.

Similarly, his character, Sam Obisanya in the Ted Lasso is a young Nigerian athlete. Previously, the nationality of the character was Ghanaian. However, the team changed it to match Jimoh’s. The actor said that the stuff related to his home country resonated with him, and he is proud to represent the country on screen.

Jimoh earned a nomination at the 2021 Screen Actors Guild Awards for his performance in the comedy series, Ted Lasso along with his co-actors. Not only that, but he is also one of the nominees for the 74th Primetime Emmy Awards in 2022 for Outstanding Supporting Actor in the same series along with his castmates Brett Goldstein and Nick Mohammed.

Immediately after graduating from Guildhall School of Music and Drama, Jimoh got a lot of job offers. He began his professional journey with the 2019 TV series London Kills and The Feed. Prior to that, in 2015, he had appeared as Ryan in the short movie, Lia.

However, he garnered wider attention after starring in the BBC movie Anthony. It is based on the death of 18-year-old Anthony Walker, who died in a racist attack in Liverpool in 2005.

Afterward, the actor got to play in Ted Lasso and The Power (post-production). The filming of The Power has been completed and is one of the most anticipated television series. Regarding Ted Lasso, perhaps you know how much popularity the series has accumulated. In a talk with the Los Angeles Times, Toheeb said he is riding his luck right now. The 2021 Breakthrough Award winner has reached the peak of his career, and he is not taking his success for granted.

It looks like Toheeb Jimoh has been passionate about acting since he was little. He pursued his education in a related field and sharpened his capability. It must be why he got offers from such good movies and was able to demonstrate his skills.

The Anthony star attended The Norwood School, located at the end of the London Borough of Lambeth. Afterward, he was trained at the Guildhall School of Music and Drama in the City of London and graduated in 2018.

While talking in an interview, Toheeb Jimoh said that athletes should never shut up and dribble. When asked about his thought regarding athlete activism, the Ted Lasso actor said that he is a huge believer in LeBron James‘ campaign, more than an athlete. He added he finds it impressive how they use their platform to speak out on specific issues.

The emerging actor went on to add he is proud of the athletes who speak up and take a stand to shed light on various issues that might be affecting specific communities. He said it is a super brave activity as the speaker puts a lot at risk to do it. The Power star also said we all have that responsibility to do it.

The Emmy Award nominee has accumulated worldwide recognition and fame in his career. Regarding his love life, he has not shared much. Even on his social media, the London native only uploads stuff related to his work. But, he seems to be focused on his career for now. Let’s hope we will hear about Toheeb Jimoh’s partner soon in the near future.

Altogether, the Ted Lasso star began his career a few years ago and is already one of the well-known personalities in the industry. Hopefully, he will continue to entertain us with his epic performances and achieves even more success. We wish him happiness and prosperity.