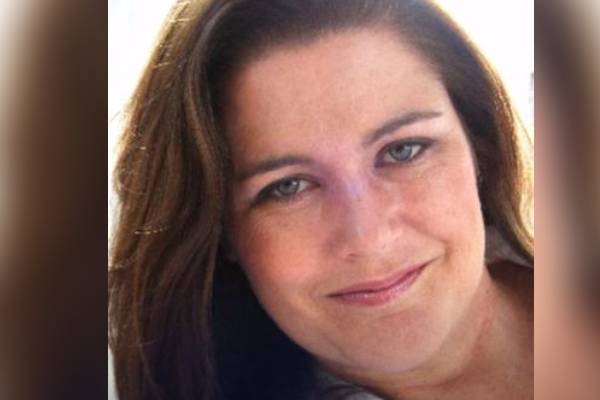 Alison Botha is a survivor and an inspirational speaker. Image Source: Social Media.

Alison Botha’s story has been the subject of several films and books too. Because of the fame that she has gained from her survival story, many people are curious to learn about her personal life. Thus, here are five facts about Alison Botha, including her personal life.

Alison Botha was born to her mother, Claire, and her dad, Brian, on September 22, 1967, in Port Elizabeth, South Africa. She has an older brother, Neale, who is 18 months older than her. Sadly, Alison’s parents got divorced when she was ten years old.

After her parents’ divorce, Alison and her brother lived with their mom. She served at The Collegiate High School for Girls in her hometown as a head girl. According to her LinkedIn, she was associated with Women & Leadership Australia (WLA) in 2008.

Was Abducted At The Age of 27

As mentioned earlier, Alison Both came into prominence after she survived horrific abduction. On December 18, 1994, two men kidnapped her at knifepoint near her home in South Africa. That night, she was returning to her apartment from a fun night out with her friends.

A man with a knife stormed into her vehicle while she had pulled up and was preparing to take a short walk to her home. Furthermore, the man demanded her to move to the passenger seat and trapped her in the car. Then he drove to pick up an accomplice.

The men then drove her to a deserted area way out of the city. There, they brutally raped her. After that, they got determined to kill her too. Initially, they tried suffocating her, but despite losing consciousness, she clung to her life.

Then, the men, later identified as Frans du Toit, also known as Clinton and Theuns Kruger, stabbed her in the abdomen, not once, not twice, but at least 30 times. She later revealed that Clinton specifically wanted to mutilate her reproductive organs. However, they missed those parts of the body.

Just when the attackers thought she was dead, her leg twitched, and then they began to slit her throat 16 times. Alison later recalled that all she could see was an arm moving above her face, left and right and left and right. She even heard a wet sound, and that was the sound of her flesh being slashed open.

Furthermore, Botha added that she felt no pain, and that was not a dream. And they were indeed slashing her throat. After that, they stepped back. The rapists thought that she could not survive that and were satisfied that she had died. Then, the attackers drove away.

Alison’s attackers drove away, thinking she had already died, but they did not know she was still breathing. Alison was lying alone there and had broken glass. She knew that she had to leave at least a clue about who did that to her.

As a result, Alison wrote the names of those two attackers in the dirt along with “I Love Mom.” But soon, she realized she might have a chance to survive. She saw headlights through the bushes, and she knew she had to get to the road, as she had seen the cars on the road.

When Alison moved towards the headlights, then only realized how brutal the men had been and the full extent of her injuries. While she was trying to get up, she felt something slimy and wet, and that was her intestines. She tried gathering them and putting them back inside, but she struggled while holding them.

Luckily, Alison saw a piece of material, her denim shirt, and she packed her intestines inside it and pulled it close against her. She struggled and crawled through broken glass and dirt. She later recalled that the thought of her mom entered into her mind, and she knew she had to go on.

Alison realized that crawling was taking too long, and she knew she had to get on her feet. She then used her free hand and got to her feet. But, Alison’s head fell back onto her back. And she realized that they had slit her throat from ear to ear. As the head fell backward, her vision was gone.

Alison pulled her head forward with her free hand, and her vision returned, temporarily. Finally, after struggling for a long time, she reached the road. She lay on the street in the hope that someone would stop to rescue her. Then, a guy named Tiaan Eilerd stopped. He was a veterinary student and knew how to keep her conscious, and then called an ambulance.

After she reached the hospital, doctors were horrified with the level of injuries she had sustained and didn’t believe that she would survive. She was in surgery for three hours. By the time she woke up, her news had spread around the country.

Several people showed their support by sending flowers, letters, and cards. She was able to go home only after three weeks. She had identified her attackers while in the hospital, and they were already arrested and charged.

The attackers were already in the news and were known as the “Ripper Rapists.” They pledged guilty to eight charges, including attempted murder, rape, and kidnapping. The court sentenced the attackers to life in prison in August 1995.

Her Life After The Incident

Despite going through such a horrific incident, Alison never gave up. Today, she has gained immense popularity and is an influential motivational speaker. Alison also used to work as an insurance broker. In December 1995, she quit her job and got into public speaking.

Well, she has been to more than 30 nations, and there she has shared her story and how she dealt with trauma and life with many people.

Furthermore, Uga Carlini directed a documentary movie named Alison, which showed her journey. Also, Alison has authored two books; I Have Life and For The Tough Times: Alison’s Survivors have included her experience.

Moreover, Alison has also shared her experience with some of the survivors of the September 11, 2011 attacks.

In January 2020, Alison was appointed as an Executive Board Member at Hawaii Pacific Health. Plus, according to Daily Star, she is one of the first South African women to speak about rape in public.

Is Happily Married And A Caring Mother

Alison’s story also proves that life is not always about difficulty. After going through such a horrific incident, Alison did not lose any hope. While she was healing, she found love.

Then in February 1997, Alison tied the knot with Tienie Botha.

In an interview, Alison mentioned that she and Tienie had known each other for many years. A year after her attack, they met again at a friend’s house. Six years after their marriage, Alison and Tienie welcomed their son, Daniel Botha, on November 13, 2003.

In November 2006, Alison gave birth to their second son, Matthew Botha. She and her spouse are raising their kids with immense love. The family is probably doing great for themselves and living a blissful and comfortable life.

Despite experiencing the traumatizing and horrifying incident, Alison is one of the strongest and bold women. She has received several awards. Botha’s story has touched so many lives, and we hope that she continues to do so.