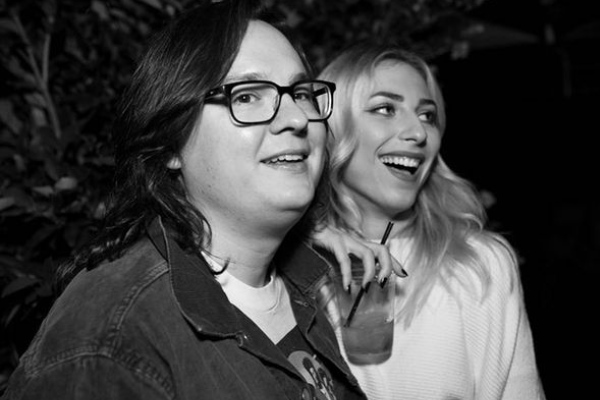 Clark Duke, who had remained private about his relationship, has recently disclosed his relationship with this actress. Read the article to know more. Image source: Instagram/clarkduke.

Clark Bailey Duke (Clark Duke) is a successful American actor, comedian, and director mostly known for his works in the movies Greek, Kick-Ass, Hot Tub Time Machine, Sex Drive, etc. He has also won millions of hearts from his characters, such as Barry in Two and a Half Men and Clark Green in The Office, an American mockumentary sitcom. Clark Duke is also known for portraying Ron Shack in the movie I’m Dying Up Here.

Well, we’ve got you covered. Read the whole article to get the answers.

Clark Duke has been basking in the success he’s got to taste since a very young age. While that is known to all, he hasn’t been much open about his relationships. But worry not, we have accumulated information to find the answers to your questions.

Yes, that’s the news. Actor Clark Duke has finally disclosed his relationship with actress Cody Kennedy. As of 2020, the couple has been supposedly dating for more than a year. If you don’t know who this lucky girl is- we’ve got you. Like Clark Duke, Cody Kennedy is also involved in the American entertainment industry.

Clark’s girlfriend is an actress who has also acted in music videos and commercials during her teenage days. As of now, she has got some pretty good films and television shows under her belt, to name a few: Casual (2015), Rizzoli & Isles (2010), Marvel family in Runaways (2017), and It’s Always Sunny in Philadhelphia (2005). Cody has also modeled for national and international brands and has been featured in Nylon Magazine’s ‘It Girl.’

Clark Duke and Cody Kennedy recently celebrated Cody’s birthday together. On the birthday post, Cody commented that Clark is the best boyfriend she has ever had.

Duke gifted his girlfriend a personalized birthday name necklace from Baby Gold. The necklace was pretty cute, and it looks like it made Cody’s birthday extra special.

Previously, there had been many questions about who he was dating. So, Clark Duke was once rumored to have been in a romantic relationship with actress Amanda Crew. The rumored started after the alleged pair worked as co-actors in the movie Sex-Drive. However, neither of them confirmed the rumors, and it faded away after some time. Now, all of that seems just like some speculation rather than truth.

Not only that, people have raised speculations of Clark Duke being on the gay side. But his current relationship with Cody has managed to keep their mouths shut. We wish Cody Kennedy and Clark Duke a wonderful relationship ahead; and cannot wait for the actor to pop the question any time soon.