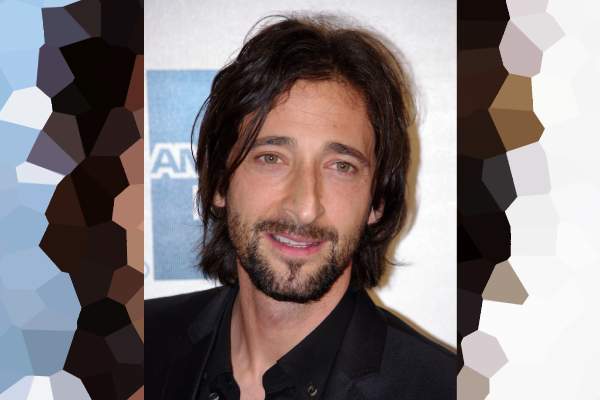 Adrien Nicholas Brody, mostly known as Adrien Brody, is a renowned American actor and producer. He is famous for his portrayal of Władysław Szpilman in the biographical war drama film The Pianist, for which he earned the Academy Award for Best Actor in 2002. He made history as the youngest actor to win in that category at 29 then.

Being one of the top actors and considering his fame, Brody must have had a few lovers in the past. In addition, many believe that he is a married man. Therefore, so many fans are curious about his partner. Hence, we will learn more about who Adrien Brody’s wife is, along with his relationship history.

The Oscar-winning actor started dating Russian model Lara Lieto in 2010. His relationship with the latter is the longest in his dating history. Most of his romantic endeavors didn’t last more than a year to three years. However, the former couple committed to an eight-year relationship before splitting up in 2018. The reason for their break-up has yet to be revealed to the public.

Before that, Brody was engaged to the Spanish actress and model Elsa Pataky in 2008. He started dating Pataky in 2006 and stayed together for roughly two years before splitting up. Moreover, the renowned actor even gifted his then-girlfriend a New York castle for her 31st birthday. It was the estate he had purchased back in 2007 and spent a long time renovating. Unfortunately, the pair broke up in 2009, and Pataky couldn’t be Adrien Brody’s wife. Instead, the Hollywood personality’s ex-fiancée is now married to actor Chris Hemsworth.

The 49-year-old was reportedly in a romantic relationship with his then-personal assistant, Michelle Dupont. The one-time pair attended the Academy Awards and walked the red carpet together in 2003. Dupont being by his side was much talked about as it was only a year after Brody had won Best Actor. However, the ex-pair split up in 2006 after being together for about three years.

Before his relationship with Michelle, Brody dated actress Monet Mazur in 2001. The ex-couple attended various events, parties, and red carpets together. But the former lovebirds called it off after being together for a few months. The Pianist star was also linked with the Australian model, Sky Nellor. However, nothing much has been known about the two.

Furthermore, Adrien was in a secret relationship with January Jones. The speculated duo never confirmed they were dating and were only spotted out occasionally. Only after the two had broken up, it was revealed that they were a thing. Aside from that, the media assumed Brody was dating actress Keira Knightley when they had worked together on a project. However, he claimed that the two were in individual relationships and proved the rumor wrong.

Who Is Adrien Brody’s Wife?

Well, the Oscar-winning actor is not married to anyone at the moment. However, he is in a blissful romantic relationship with his current partner, Georgina Chapman. Adrien Brody’s girlfriend is an English fashion designer and actress. She was previously married to the former film producer Harvey Weinstein and shares two lovely children, India Pearl Weinstein and Dashiell Weinstein, with him.

Chapman filed for divorce from her ex-husband after he was convicted of sexual assault in 2017, and the divorce was finalized in 2021. Afterward, Harvey Weinstein’s ex-wife started dating Brody, which was confirmed by Page Six in February 2020. After dating for almost two years, she and Brody made their red carpet debut at the Tribeca Film Festival in 2021. Recently the lovebirds were seen enjoying a romantic getaway to St. Tropez.

The Pianist star and the fashion designer had met years ago and remained friends. But their friendship turned romantic only after they met again in 2019 at the launch of model Helena Christensen‘s swimwear line in Puerto Rico. Even though they have not mentioned anything about getting married, will we see Chapman becoming Adrien Brody’s wife in the future?

Well, we will only know when the time comes. Regardless, Adrien and Georgina must be enjoying a comfortable life with each other. We wish their love for one another lasts a lifetime.