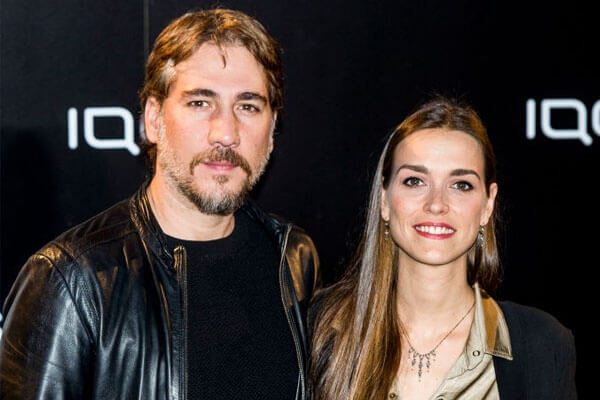 Narcos star Alberto Ammann is dating his girlfriend, Clara Mendez-Leite. The lovebirds have been together for some time now. The duo revealed their romantic relationship after rumors of Alberto being gay came after his bold gay scene in a Narcos episode. All we know is that the boyfriend-girlfriend duo is madly in love and have been dating for quite some time.

As of now, the romantic pair is not married, and we believe Alberto and Clara have already talked about it. Here’s what we know regarding the personal and professional life of Alberto Ammann’s girlfriend, Clara Mendez-Leite.

Clara Mendez-Leite Is A Woman Of Multiple Talents

When it comes to Clara Mendez-Leite’s family background, she was born to her parents in Madrid, Spain. Clara’s father Fernando Mendez-Leite is a film critic and television director. Her mother, Fiorella Faltoyano, is an actress who has starred in over fifty movies and TV series combined. It seems that entertainment runs in the Mendez-Leite family blood. Clara often visits her father and mother whenever she’s free from her professional work.

Besides her professional work as an actress and make-up artist, Clara Mendez-Leite is an acting teacher. She is apparently a Professor of Actors, and together with her boyfriend Alberto Ammann, she runs the School for the Art of the Actor. In her Instagram bio, Clara links to a website named Kuranda, where catalogs of famous and newcomer actors are listed. Needless to say, Clara is dedicated to teaching the art and craft of onscreen acting to thousands of students.

Following her parents’ footsteps, the beautiful Clara Mendez-Leite dived into the Spanish film industry at an early age. According to her IMDb page, Clara first got her acting role in the 1994 TV show A su servicio. She has subsequently starred in two more TV series, La regenta and Apaches. Clara is also a professional makeup artist, as she had done makeup for six movies, including Invader (2012) and The Outlaw (2010).

Clara Mendez-Leite is the gorgeous dating partner and girlfriend of one of Spain’s best actors, Alberto Ammann. Clara and her boyfriend Alberto started dating in 2012 but kept their romantic relationship under the covers. After seven years of dating, Alberto and Clara’s relationship has recently gained media attention. Previously secretive about their love life, the couple now seems to speak freely about their love affair and past dating history.

Clara Mendez-Leite’s boyfriend Alberto Ammann’s phenomenal acting performance as Pacho Herera in the TV series Narcos shocked many. Following the series’ popularity, Amman’s sexual orientation had become a matter of much public interest. As rumors about him being a homosexual grew, Alberto and his attractive girlfriend Clara broke their silence. The couple came forward to the news media and ended the speculations on the spot. Furthermore, the adorable duo’s future plans might be to eventually tie the wedding knot and settle down.