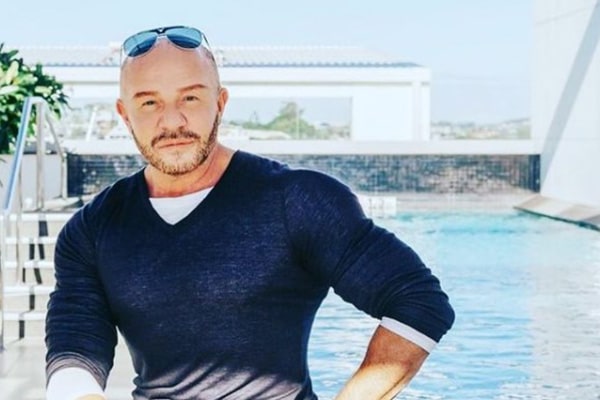 Many celebrities are seen wearing clothes designed by Alex Perry. He is a well-known Australian designer who has appeared on all ten seasons of Australia’s Next Top Model. With such immense popularity in the fashion industry, fans are also keen to know about his personal life, including his beautiful wife.

Talking about Alex Perry’s wife, Mary Perry was born in Greece. Although Alex is very outgoing, Mary seems to be a very private person as she is not active on any social media. However, Mary’s secretive lifestyle seems to make fans more curious about her.

So, let’s get to know everything about Alex’s better half, Mary Perry.

Where Did Alex Meet The Love Of His Life?

Alex Perry is famous among women due to his charismatic personality. He is friends with many renowned female models and celebrities. Although Alex is always seen with beautiful women, fans wonder who has truly captured his heart.

Well, the answer to that is his wife, Mary Perry. She is the woman that he loves unconditionally.

In many interviews, Alex has told stories about their first meeting. He first met his future wife in the 80s at a friend’s wedding in Sydney. According to the designer, she looked gorgeous with a strapless dress and bob haircut.

At first sight, Perry knew that Mary was the one. However, he thought that his now-wife was way out of his league.

Yet he couldn’t resist himself and went to talk with her. Although this lovely couple is happily married since 1987, Alex had to work hard to win his wifey’s heart.

Furthermore, their love story was nothing like movies because Mary refused when Alex first asked her out. Nonetheless, everything worked out for the couple and they have now been married for more than thirty years.

Even though Mary prefers having personal space, she has been there for Alex from the beginning of his career. This famous designer gives credit to his partner, Mary Perry, for his successful career in the fashion industry.

Moreover, Alex said that he was dependent on his wife financially during the beginning of his career. Without Mary’s support, Alex believes that he could not have been such a renowned designer.

There’s no doubt Alex Perry’s wife is his biggest fan. And just like the saying, there’s always a woman behind a man’s success, it seems like Mary is behind Alex’s flourishing business.

Also, Mary Perry has accompanied her husband to numerous events to support him. However, she does not have any social media presence and her spouse also does not post much about her.

Nevertheless, Alex continues to praise his wife in interviews and states that he is thankful for her presence in his life.

Alex Perry has a busy lifestyle since he is running a fashion empire. Furthermore, in interviews, he has said that he and his wife are quite the opposite. Perry himself is very energetic and tries to do everything in a rush, while his spouse Mary is very calm. She often asks her husband to take a break from his monotonous work life.

The designer has also revealed that he feels at peace at home as he lives a very normal lifestyle. Furthermore, this beautiful duo loves spending time with each other away from the eyes of the media and public.

Alex Perry’s partner, Mary must be very understanding because her husband spent most of the time at work. Moreover, when asked how he is happily married for such a long time, the television presenter said that their beliefs are common even though the pairs have opposite personalities.

So, despite being totally opposite in regards to their nature, Alex Perry and Mary Perry are compatible enough to spend more than thirty years as a married pair. And while the couple does not have any children together, they are still a complete family and are enjoying their lives to the fullest.

We hope Alex and his other half, Mary, continue to enjoy their life together for years to come.