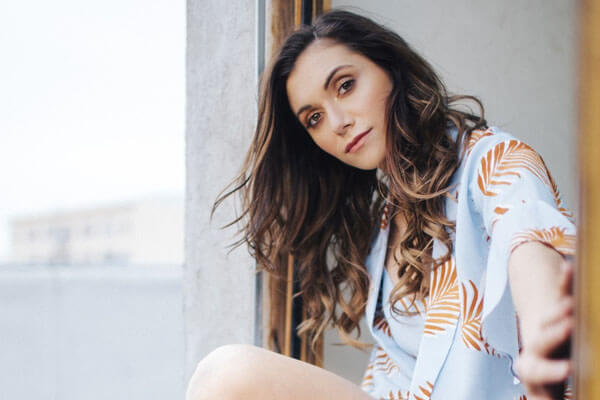 American actress Alyson Stoner‘s relationship and sexual identity have been the subject of recent news stories. The actress is famous for playing the role of Max in the TV series The Suite Life of Zack & Cody. Besides her phenomenal acting skills, Alyson is also renowned for being secretive about her boyfriends and overall relationship history.

Now, in a bombshell essay on Teen Vogue, the gorgeous Alyson reveals her newfound identity as a lesbian. She is now comfortable about freely expressing her sexuality and is a proud member of the LGBT community. Alyson even has a girlfriend, and the duo reportedly exchanges cuddles and sweet kisses.

Since earning stardom at a young age, Alyson Stoner’s rumored boyfriends were many handsome men. Most of these men were her co-actors in the TV series she acted. However, Alyson has never been in a serious romantic relationship with anybody since the beginning of her career. There were rumors, of course, but she did not claim anyone to be her boyfriend and dating partner.

However, there is one man who Alyson reportedly loved from the bottom of her heart. He is none other than her former co-actor, Cole Sprouse. She had a crush on him when she was barely in her teenage years.

It is no secret that Alyson was dating Riverdale actor Cole Sprouse when her age was merely 11. Cole, too, was of a similar age at the time. The two bonded well and hit it off while shooting at the sets of The Suite Life of Zack & Cody. Now, as a fully grown adult, Alyson remembers those days with a painful memory.

As it turns out, Cole dumped his then-girlfriend, Alyson, dramatically. It was Alyson’s birthday party, and the breakup moment came in the after-party. Undoubtedly, her cute romance with her ex-boyfriend Cole was no fairy tale love story. It certainly left some scars in Alyson’s heart, and that scar helped her grow into a mature lady.

Teen Vogue Essay: Alyson Stoner Comes Out As A Lesbian

In a heart-throbbing essay detailing her experiences with her sexuality, Alyson finally clears up all confusion surrounding her gender identity. Yes, she is a lesbian, and she is in love with a woman who loves her back. First, she and her partner were just friends. Then, they began going out to dinners and watching Netflix together.

Further, Alyson explains that she finally feels liberated from the bondage of her repressed sexuality. She always thought she was meant to be a woman, but now she chooses to live her life as a lesbian.

She is one of many LGBTQ Disney child actors. Likewise, Alyson’s parents and family members are also supportive of her decision to pursue her future as a lesbian.

After a while of her coming out, the former Disney queen went on to release a heart-touching single, When It’s Right, as well as the music video Stripped Bare. In the video, Alyson romantically unites with her onscreen female crush, Jazzmyne Robbins. The video has since received over 594K views as of July 2019.

Furthermore, in the music video, Alyson hints in the lyrics that her immense popularity as a “female” celebrity made her hesitant to reveal her sexuality. She also feared that her career and fame would collapse if the world did not accept her as a lesbian and harshly judged her. Now, rocking short hair on her cute head, Alyson is happy with her love life.