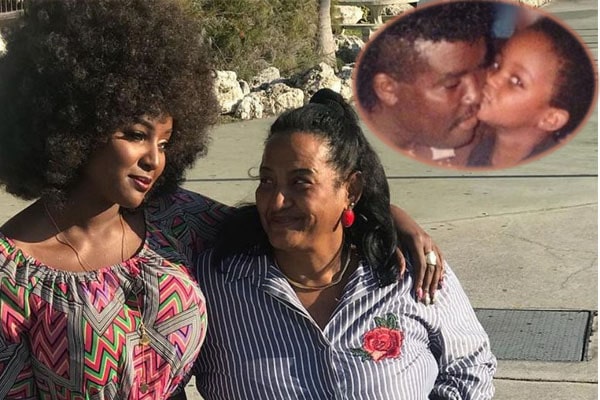 Amara La Negra has been at the forefront of the music industry this year thanks to her pushing the boundaries of the success achieved by an Afrolatino. Known for starring in the hit reality series, Love & Hip Hop: Miami (LHHM), she has received a lot of success this year after signing with BMG and Fast Entertainment Worldwide. As humble as ever, she credits all this success ho her upbringing and her parents, especially her mother.

Amara and her mother share a deep bond and she credits her mother for all the success she is having right now. She stated that her mother her mother did a lot of hard work to raise her and also taught her the moral principles of life. She also credits Ana for helping her cope with being an Afrolatino in the US.

Amara is the daughter of Dominican parents who was residing in the US. Her father was also an Afrolatino but much details on him are unknown. He left her and her mother while she was still a small child. Earlier this year, she posted a picture of her and her father which she apparently found.

The LHHM star’s mother’s name is Ana Maria Oleaga and she raised Amara as a single mother. Ana and Amara moved to Miami where they spent their childhood. Ana did multiple (up to five) works to raise her daughter and made sure she had a happy life, for which Amara is grateful.

Amara’s Relationship with her Mother

Amara shares an intimate relationship with her mother as she raised her on her own without the help of her father. Amara’s mother worked in multiple places to meet the demands of her family. She made sure she fulfilled all the needs of Amara and she had a happy life. Now, Amara La Negra herself has the net worth of $1.2 million.

Amara also credits her mother for teaching her to cope with being an Afrolatina as they were a minority group facing racism in the US. She also taught her daughter the importance of working hard to achieve success, which has helped her establish herself in the entertainment industry.