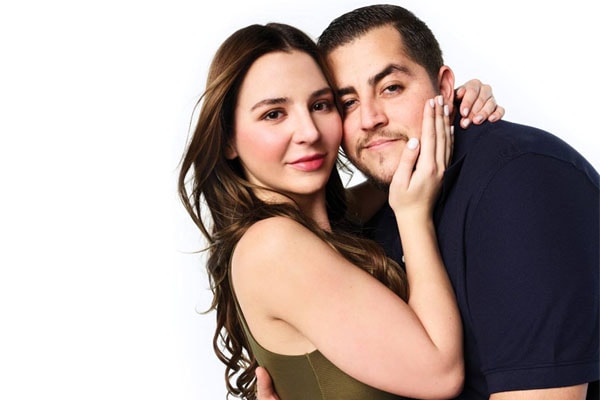 Anfisa Nava whose real name is Anfisa Arkhipchenko is a Russian-born reality TV star. Anfisa rose to fame after appearing in the “90 Day Fiance” with her husband, Jorge Nava.

Born on the 4th of September 1995 in Russia, Anfisa’s childhood was mostly spent in Moscow. Anfisa had attended high school in Russia before being relocated to the US. There are a lot of details on Anfisa, but not much information is available about her husband. Here are some of the facts of Anfisa Nava’s husband, Jorge Nava.

Like many married couples today, Anfisa’s husband Jorge found her on Facebook. Jorge fell in love with Anfisa after stumbling upon her sexy photos on her Facebook page. And after they had connected with one another on Facebook, Jorge invited her to America.

The gorgeous Anfisa didn’t have the wedding she desired. She and her husband Jorge tied their knots in a courthouse with no other guests present by their side. At that time, Jorge wasn’t capable of buying his wife an engagement ring or a wedding dress, but he had promised to provide her with the stuff later on and also organize a bigger wedding ceremony so that both of their families can attend.

Anfisa Nava’s beau doesn’t have his own Instagram handle but what he loves is frequently appearing on his wife’s feed. Apart from her photos, Anfisa at times uploads photos and videos, enjoying with her partner Jorge.

In February 2018, Jorge was arrested in Arizona for trying to sell marijuana. Nava was charged with a Class 4 Felony of Attempted Transportation of Marijuana for sale. Before that Jorge was caught in Mojave County for the traffic violation where cops discovered marijuana. He reportedly stayed two days in jail before bailing out after paying $25,000.

But for his second charge, Anfisa Nava’s partner is still imprisoned and has been sentenced for 2.5 years in jail for the felony.

After being in the show for over four years, Anfisa and her husband Jorge decided to leave the show. Anfisa broke out the news in one of her Insta posts where she replied to her fans stating that they are done with the show.

Now time will tell us if the marriage of Anfisa with husband Jorge will last or end up in a divorce.