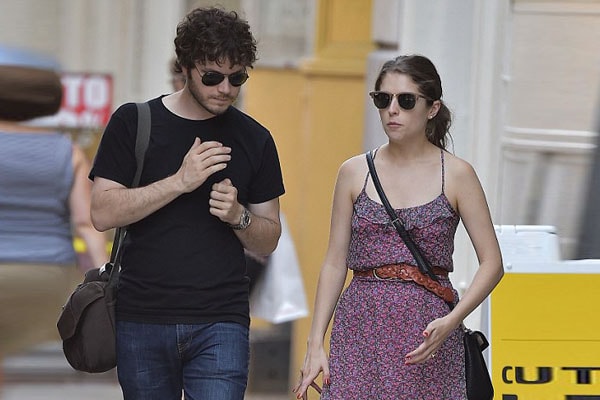 The Pitch Perfect star Anna Kendrick is certainly not married nor is she single. Anna is currently engaged in a long term relationship with her boyfriend Ben Richardson. With the numbers of rumors about Anna’s relationship, the two are yet to decide about their marriage.

Anna Often Gets Visits from Boyfriend Ben on Her Film Set

Even during her busy schedule, the American actress Anna Kendrick somehow takes out time for her beau Ben Richardson. This shows that Anna has certainly given a lot of priority to her boyfriend.

Alongside visiting one another at the movie set, Anna and her boyfriend Ben tend to hang out on their vacations too. The lovebirds spent their vacation together in Hawaii. Plus with Anna Kendrick’s net worth of $14 million, they can afford it easily.

in the past, a rumor was spread stating that the 33-year-old actress Anna Kendrick was dating Alfie Allen, Games of Thrones Star. Anna used her Twitter to clear out the rumor tweeting that was hilarious and apologized Allen for the confusion. She completely denied the media reports on her false relationship.

Kendrick had dated the film director, Edgar Wright from 2009 to 2013. They are not in a relationship anymore right now. She got acquainted with Edgar when he directed her in Scott Pilgrim vs the World. Despite the remarks of friends and family, Anna ended her relationship with ex-partner Edgar in an amicable way. They dated for nearly five years and ending her long-term relationship came as a surprise to many of their fans.

In an Interview, Anna jokingly said that she hadn’t been in a hit movie in five years. She might probably be missing her past achievement working with her ex-boyfriend, director, Edgar.

While Anna was playing the role of Cinderella in the movie Into The Woods it was rumored that she was dating Chris in real.  Kendrick revealed how she felt kissing Chris on-screen. It made their relationship more doubtful. But it was proved false.

Keeping aside all the rumors about Anna Kendrick and her dating life, she is currently so in love with her partner Ben Richardson.

For more Celebrity Babies and Entertainment keep in touch with eCelebrityMirror.