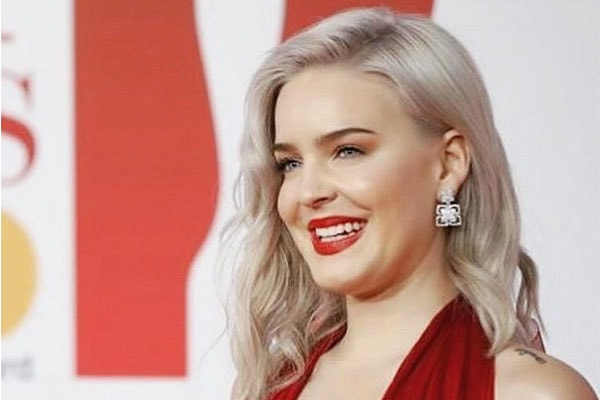 Singer Anne-Marie’s net worth is estimated to be $5 million. Anne is able to accumulate such high net worth thanks to her successful music career.

The English singer/songwriter Anne-Marie has attained several charting-singles on the UK Singles Chart. Her full name is Anne-Marie Rose Nicholson but is widely known by her stage name Anne-Marie.

The gorgeous singer rose to fame after she was featured with Clean Bandit and Sean Paul in a song titled “Rockabye.” As of July 2018, the song has gained over 1.8 billion views on YouTube. After that Anne has released many singles like “Ciao Adios” and “Friends” which has created a buzz in the music industry.

Anne Marie Net Worth and Earnings

The singer recently dropped her second music album entitled “Speak Your Mind‘. You can buy it on the different online store like Warner Music. The record would cost you around $13.12 (£9.99). The money she gets from the sales of her album contributes a substantial amount of money to her $5 million net worth.

IT FEELS LIKE CHRISTMAS DAY ? My album SPEAK YOUR MIND is finally out. Knock your socks off! https://t.co/ZyVE5oDxCI pic.twitter.com/sYCu3urgz5

And since Anne is gaining more and more popularity, she is doing many concerts and shows all around. Looking at her fame, Anne must get paid a huge chunk of money for her performances which also contributes to her $5 million net worth.

With great power comes great responsibility, but with a massive amount of money comes a lavish lifestyle. Anne surely knows how to live a life filled with luxury. She flies in private jets.

The 27-year-old Anne-Marie loves to take mirror-selfies and flaunts her expensive clothes and mobile phones.

Besides all her income, Anne-Marie also has a YouTube channel under her name. It is an ‘A Grade’ YouTube channel with over 524 million views and increasing. Anne-Marie’s YouTube channel alone generates a considerable sum of money and has a maximum estimated yearly earning of $2.9 million.

The way Anne-Marie’s fame is rising among the fans, it is no doubt her $5 million net worth is to increase too.