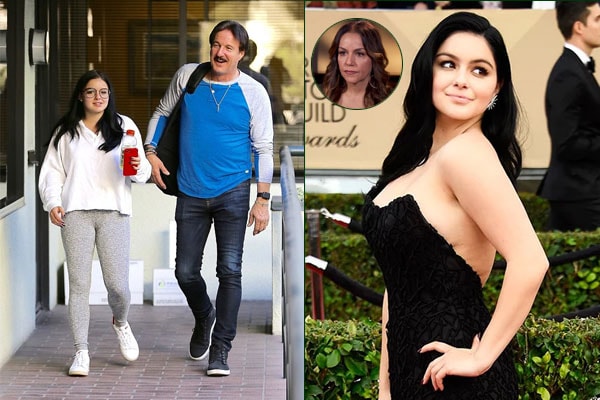 Ariel Winter, a popular American actress, and voice actress was born on the 28th of January 1998. Winter was born to her parents, Glenn Workman, and Crystal Workman. Ariel Winter’s father Glenn is an actor best known for the movie titled The Choice. And, Ariel’s mother Crystal is infamous for the scandal related to the upbringing of her children specially her youngest daughter Ariel.

Not A Happy Family

Ariel Winter is a prominent member of the ABC Network hit TV show, The Modern Family. Although she seems quite happy in the reel life, the real life of the actress is quite unusual and different. Sadly, the actress did not use to be happy in her real life. Her comedy life on the TV show was quite a tragedy during her childhood.

Ariel reported her mother to the Los Angeles Child Protective Services back in 2012 and 2014. Ariel’s older sister Shanelle received custody of her in May 2014, before Winter became emancipated nearly one year later.

Ariel Winter’s Mother Sexualized Her As A Pre-Teen

The popular Hollywood fame Ariel Winter claimed that her estranged mother, Crystal Workman physically and emotionally abused her during her childhood. According to the sources, Ariel had an extremely rough upbringing and she was even forced to wear inappropriate dresses and had to attend late-night parties. However, the allegations were all denied by Crystal and she later wanted to reconcile with her estranged daughter.

The actress had countless sleep-deprived nights and was forced to stay out at industry events with her mother. Just at the age of 12, she was very much restricted from food and education. The Modern Family star even stated that:

“People Thought I Was 24 when I was 12. If there was going to be a nude scene when I was that age, my mother would have a thousand percent said yes.”

It is quite obvious that the fan-favorite actress and voice actress had a really rough childhood. Later, Ariel’s sister took the responsibility as her primary guardian. However, the young voice actress is close to her father and siblings. As of now, she is dating her boyfriend Levi Meaden. She is also active on her Instagram handle with 4 million followers.

Absolutely gorgeous Ariel is currently successful in her Hollywood career and is one of the most talented actresses. She also has worked in multiple hit movies and TV shows.