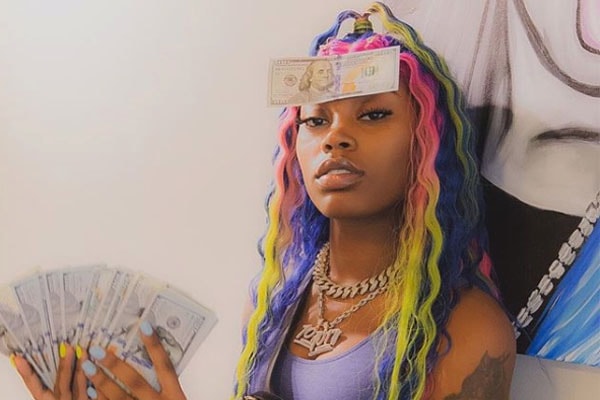 Net worth and earning of Asian Doll

Rapper Asian Doll‘s net worth is estimated to be $500,000. She earned her riches from her professional career as a rapper.

Misharron Jamesha Allen aka Asian Doll started her career at a very young age. One of her self-written songs was hummed all over her school. This was the moment that encouraged Doll to pursue a career in music.  It was back in 2015 that Asian Doll commenced her music career by releasing her first music album  ‘Rise of Barbie Doll Gang’.

The “Krunch Time” rapper Asian Doll’s net worth is estimated to be $500,000. As she is emerging in the rap scene, her net worth is likely to increase even more. You can check out Asian Doll on her Sound Cloud profile ‘Asian Da Doll‘ and give a listen to her music.

Till date, Asian has released many singles and albums under her belt. Here are some of Asian Doll’s albums along with their respective prices:

The talented Asian Doll also has got a YouTube account named ‘Asian Da Brat‘ where she uploads her music. According to Social Blade, Doll’s YouTube account generates a maximum estimated income of $6.8K yearly. This may sound less, but it is surely a surplus to Asian Doll’s net worth.

Earning From Shows and Events

As Asian Doll is now a professional rapper, she does shows and events in different venues and locations. Thousands of people come to see her performance and enjoy her songs. We bet Asian Doll must take home a massive sum of money at the end of every event and such shows.

We probably think it is a thing of celebrities to show off their money on their social media handle. Asian Doll also loves to flex her fortune on Instagram. Speaking of showing off, LHHNY star Brittney Taylor who has an estimated net worth of $500,000 also likes to brag about her money.

It’s a massive achievement for the 20-year-old Asian Doll to earn such money at this age.