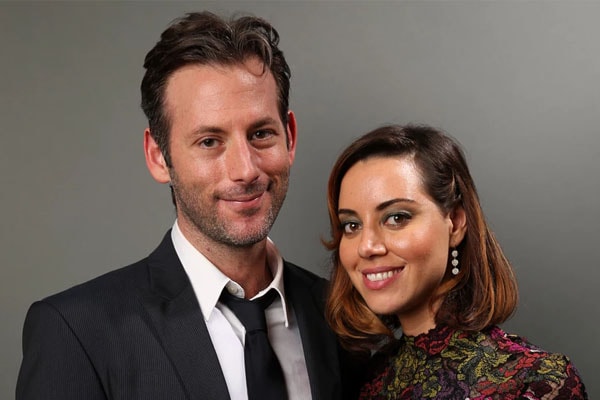 It’s been more than eight years since the pair of Aubrey Plaza And Jeff Baena started dating. But for some reason, they are yet to tie the knot. The couple seems to have a mutual understanding as both of them belong to similar professions. Well, it is Jeff who is responsible for making sure that actors like Aubrey perform to the best of their abilities. The understanding between them can be set as an example as Aubrey, also known as a wild actress, has shown her dedication to both her work and relationship. Also, she has mentioned that Jeff is the perfect partner for her as she feels that her work and her sexuality is respected.

Aubrey Christina Plaza a.k.a. Aubrey Plaza is an American actress, comedian, and producer. She has been in a relationship with her partner Jeff Baena since 2011. Jeff is also an American but his professional career comprises of being a screenwriter and film director. Aubrey’s partner Jeff is known for directing Life After Beth, Joshy, and The Little Hours.

Are The Couple of Aubrey Plaza and Jeff Baena the Perfect Couple?

There are rumors that Jeff Baena met Aubrey Plaza first met through their mutual friends. Well, it could be love at first sight but it is of no surprise that the couple got closer and compatible with each other after meeting.

After their meeting, Jeff had his beau Plaza cast to play the lead role in the movie Life After Beth (2014) which was directed by himself. In the movie, Aubrey has depicted the role of a zombie.

Both Aubrey and Jeff have nothing but praise for each other. Aubrey has even exclaimed that her boyfriend Jeff is a creative person and the understanding between the two of them is on a similar level. Also, the actress joked that both were kind of dorks.

The pair of Aubrey and Jeff have been in a relationship that has lasted more than eight years. It would be of no surprise if they decided to tie the knot. Their fans and followers could be expecting the same after witnessing their dedication to their relationship.

There could be good news coming sooner or later from the couple. They are living and working together in their apartment in Los Angeles. Good news galore, there has not been any hint of the pair splitting up or dating other people.