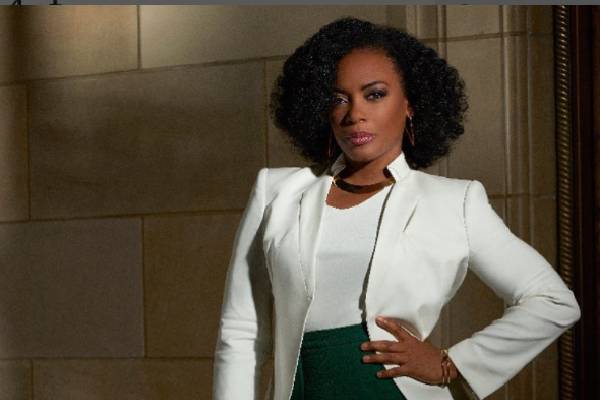 The “King Richard” actress Aunjanue Ellis started her career as a theatre actress and eventually debuted in film in the mid-nineties. With her consistent hard work, she has made exponential growth in her career. She has multiple nominations including Academy Awards, Primetime Globe Award, and British Academy Film Awards.

Ellis earned an Oscar nomination for Best Supporting Actress for her work in the critically acclaimed film “King Richard.” With the growing fame in the entertainment industry, the actress’s personal life has become the subject of interest for her fandom, especially her love life. Thus, today let’s learn about Aunjanue Ellis’ boyfriend. Keep reading!

Who Is Aunjanue Ellis’ Partner?

The talented actress was born in San Francisco, California, and brought up by her grandmother in Mississippi. She has B.A. in African-American studies from Brown University. She made her acting debut during her years at Brown University and has established herself in the entertainment industry.

Ellis’s professional life is like an open book, but her personal life is like a treasure box full of secrets. It has been long since she revealed that she isn’t married, nor does she wants to. As per the actress herself, she is the loving kind but not the marrying kind.

As reported by Legit, the actress once revealed that she was in a relationship. But Aunjanue chooses not to mention her boyfriend’s name. However, according to her profile on the Reynolds Program in Social Entrepreneurship, Aunjanue Ellis’ partner is named Stan Jones.

As per the 2015 NYU profile of Ellis, she had been together with Stan for five years then. Whether the pair is still together or if they have already separated is unknown. The only person who has the precise answer is Ellis herself and she has not shared any details about her love life yet.

Aforementioned, the King Richard‘s actress keeps her personal and love life private. But she was in a relationship with an individual named Stan Jones while she was starring in the series Quantico.

Aunjanue might have dated a few other guys too. But, all of these assumptions seem groundless as Ellis herself has not made any official declaration regarding her boyfriend and love life.

Let’s hope she will update more about her personal life soon and we get to learn more about Aunjanue Ellis’ partner.

It is not new for celebrities to keep their personal life away from any kind of public eye. As their professional life is all exposed to the public, they may want to take a bit of time off from the public eye and enjoy their life peacefully, and we also should respect their choice.

Well, Aunjanue Ellis has also chosen to keep much of her life away from the spotlight.

Ellis’ career is growing its root deeper and she has gained a considerable amount of attention too. Let’s hope her life is beautiful behind the camera as much as it is in front of the camera.

Although she is known for being quiet about her personal life, Aunjanue Ellis’ on-screen romances are a big hit among audiences. She played Will Smith‘s wife in the movie King Richard and fans loved their chemistry. As a result, one would think that the actress can be a perfect wife off-screen too.

It was heartwarming to see how Ellis as Oracene ‘Brandy’ Williams aka Oracene Price was a loving mother and the best coach to the actors who played Venus Williams and Serena Williams.

King Richard gained a lot of positive reviews with praise for the screenplay. Moreover, Smith and Ellis gained admiration from fans for their work. The American Film Institute and National Board of Review also named it one of the best films of 2021.

It is quite new for Ellis to gain so many positive reviews and nominations for various awards, but this is nothing new for her co-actor, Will Smith. So we hope she is enjoying all the success, and we wish good luck to her for this award season and love life.