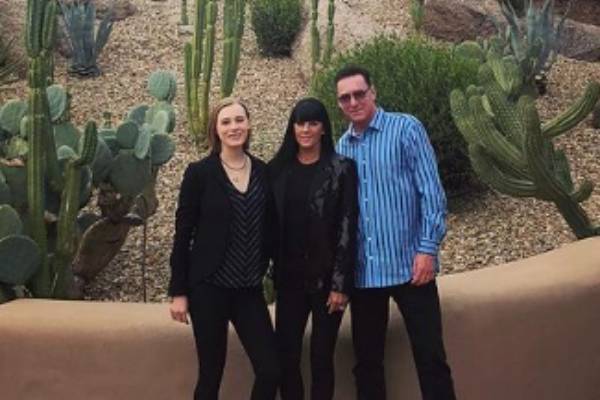 Named Manager of the Year three times, Robert Paul Melvin, a.k.a. Bob Melvin, is a former professional baseball player and coach hailing from the United States. Additionally, Bob is the manager of the Major League Baseball team, San Diego Padres.

While the media has primarily covered Melvin’s professional life, the former baseballer has kept his personal life private.  As a result, it remains a topic of interest to many people. Furthermore, people are also interested in learning more about his wife and children.

So, in this article, we will learn about Bob Melvin’s wife, Kelley Melvin. Moreover, let’s also see if the couple has welcomed any children together.

Raised by Her Mother

Kelley Melvin was born Kelley Robertson on June 6, 1963. Sadly, when she was only eight years old, her father died in the United States Air Force. Following this, Kelley was raised by her mother, who has opted to stay out of the spotlight.

#MemorialDay Fact: Bob Melvin’s wife Kelley’s father died in service in the United States Air Force. She was only eight-years-old when he died, so neither my dad or I ever had the chance to meet this wonderful, courageous man. Rest in beautiful peace, grandpa. https://t.co/tt013doE3O

However, aside from this snippet of knowledge, Bob Melvin‘s spouse has been tight-lipped about her upbringing. As a result, it’s unclear whether she has any siblings.

Nonetheless, seeing as Kelley has grown up to be a strong and independent woman, we can assume that her mother raised her well.

The San Diego Padres manager has been in the public light for a long time, so anybody he chooses as his life partner was bound to be dragged into the spotlight. And unsurprisingly, following their marriage, Bob Melvin’s wife, Kelley Melvin, became the center of attention.

The now-married pair first met in 1982 and chose to tie the knot after getting to know each other for a while. As a result, Bob and Kelley exchanged their vows in a private ceremony.

However, unlike other celebrities who like to brag about their significant others on social media, the couple prefers to keep their personal lives free from unnecessary media attention. Moreover, Melvin’s partner is not present on any social platforms.

Despite this, we can assume that the pair live comfortably. So we wish the married couple the best and hope they continue to live a blissful life.

Bob Melvin’s Wife Is A Mother Of One

Throughout their decades-long marriage, Bob and Kelley have also welcomed a daughter, Alexi Melvin. Alexi was born on December 21, 1988, in Redwood City, California.

Kelley and Bob Melvin’s daughter is a writer and aspiring actress who has worked on Rogue One: A Star Wars Story, Time Out of Mind, Star Wars: Episode VIII – The Last Jedi, and Seeking Justice, among other projects. Moreover, Alexi also took acting classes at The Lee Strasberg Theatre & Film Institute.

Furthermore, Melvin’s daughter is involved in type 1 diabetes and LGBTQ+ communities. In addition, Alexi also works as a staff writer at Beyond Type 1. At present, she is working as the Vice President Of Alliances at Nutrishus Brands Inc.

So, we wish Bob and Kelley’s child the best of fortune in her chosen field.

Daughter Was Diagnosed With Juvenile Diabetes

Having to see a family member suffer an incurable and life-threatening condition is heartbreaking. So we can only imagine how Bob Melvin’s partner must have felt when she learned that her only daughter, at the age of 14, had juvenile diabetes or Type 1 diabetes.

Likewise, Alexi has been outspoken about her Type 1 diabetes battle. She revealed that learning about her disease at Phoenix Children’s Hospital left her in a state of shock and sadness. She also claimed that she felt as though her body had betrayed her at the time.

However, Kelley’s daughter has gained a better grasp of the disease through time and is now assisting others experiencing the same uncertainties she had. Additionally, her family is also actively involved with the Juvenile Diabetes Research Foundation.

So, for the time being, we wish the Melvin family good health and hope that their philanthropic efforts continue as the years’ progress.

Kelley’s marriage to Bob Melvin catapulted her into the spotlight. And, while many celebrity wives have relished the attention lavished on them because of their significant other, Bob Melvin’s wife has opted to remain out of the spotlight.

As mentioned above, Melvin’s other half is not present on any social media platforms, making it impossible to learn anything about her whereabouts. Even though she does not flaunt her wealth, we may assume she lives a wonderful life.

Still, we hope that Kelley will become more comfortable with the media and will not shy away from appearing in the spotlight as time passes.