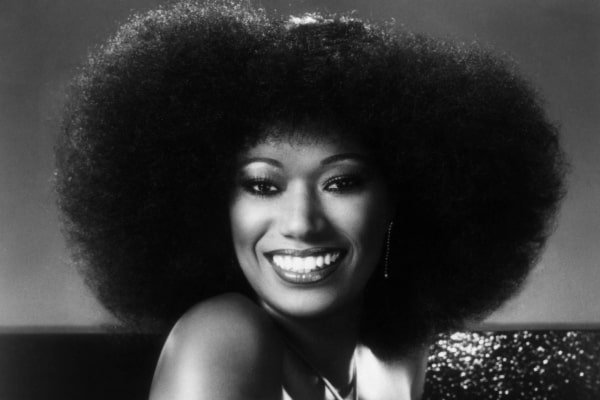 Bonnie Pointer's ex-husband has a secretive nature and is away from public eyes. Image Source: Getty Images.

Bonnie Pointer was a fantastic singer known for being a member of a vocal group, The Pointer Sisters. She left the group in 1977 to pursue a solo career and had several moderate hits. Some of her hits include a disco cover of The Elgins ‘Heaven Must Have Sent You’ which made it to U.S. top 20 pop hit in 1979.

Bonnie Pointer’s ex-husband, Jeffrey Bowen, is a songwriter and record producer. Bowen is notable for his work at Motown Records and Holland-Dozier-Holland’s Invictus and Hot Wax labels.

Furthermore, Bowen has also produced three albums for the Temptations: In a Mellow Mood, A song for You and Wings of Love. Bonnie Pointer’s ex-partner, and Motown’s record producer, Bowen produced her 1978 and 79 self-titled L.P.s. Likewise, he also produced her album, If the Price is Right for Private I Records in 1984.

There isn’t much about Bonnie Pointer’s ex-beau, Jeffrey Bowen, present as he is grounded somewhere and is living life out of public attention. There are not family backgrounds of Bowen, but it seems like he was older than his late wife, Bonnie Pointer.

It is unknown when Jeffrey and Bonnie Pointer met, but the couple shared their vows on December 7, 1978.

Jeffrey Bowen, Bonnie Pointer’s ex-partner, was convicted of two felonies for a fight with his wife and sister-in-law, June Pointer. According to A.P..P. news, Bowens hit his wife and sister in law during an argument about leaving the party at June’s Hollywood Hills home

According to the prosecutor, Bowen hit Pointer in the face and then broke her sister, June Pointer’s nose when she tried to step in. Bowens’ left eye was injured during the conflict and had surgery on his face while in the jail ward at LA County-USC Medical Center.

Bowen was later acquitted of the charges when Pointer said the prosecution was against her wishes. She further commented that every family had fights and that the people involved in the brawl had been drinking.

Late singer, Bonnie firmly pointed out that the trial shouldn’t have taken place. Deputy City Attorney Michelle Lim and the jury were able to see through Bonnie’s testimony and realized her husband had hit her previously.

The couple was married for 15 years by the time.

Filed Divorce After 10 Years Of Separation

Premonition singer Bonnie Pointer and her ex-husband, Jeffrey Bowen’s marriage, were difficult. The couple was married for quite a while, but there were several highs and lows. As stated above, there were high probabilities of domestic violence as well.

After three decades of marriage, Bonnie Pointer filed divorce, citing ‘irreconcilable differences.’ in 2014. But, the court records show that the pair went separate ways in 2004.

According to TMZ, the divorce finalized two years later in 2016 with the best possible outcomes favoring Bonnie Pointer. Despite being married for more than three decades, the duo did not have communal property.

Throughout their marriage, Bonnie Pointer and Jeffrey Bowen did not have any children together.

Bonnie Pointer’s Death At The Age Of 69

Bonnie Pointer’s news was a huge shocker. The founder of the 70s pop group, The Pointer Sisters, died at the age of 69. She died on June 8, 2020. The Grammy winner, Pointer, died of cardiac arrest on Monday in Los Angeles, California, USA.

Motown Museum mourns the loss of #Motown alumni Bonnie Pointer, who passed away earlier today. She was known for her high energy, spunk and strong vocal abilities. We send our condolences to her family, friends and fans around the world. pic.twitter.com/qC9fgJZG8G

Pointer’s sister, Anita Pointer, released a statement announcing her sibling’s death and told that the family is devastated at the moment. She requested for the prayers and support in the difficult times.

Although Pointer left the world, her legacy remains immortal.