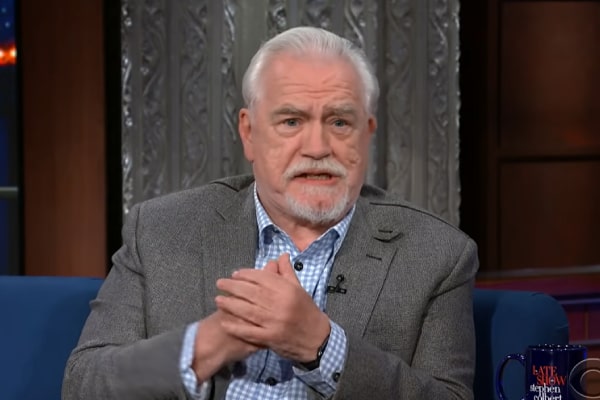 Caroline Burt was married to Brian Cox from 1968 to 1986. Image Source: Social Media.

All of us look up to stability and normal life. Well, that might be the very reason one works so hard in life. Getting married and having a family can create a center of stability to some extent. Brian Cox, a legendary Scottish actor, married Caroline Burt while he was still in the early stage of his career probably for the same reason.

Although Brian’s marriage with Caroline could not last for a lifetime, the couple had a good time together. The Succession star now leads a blissful life with his current partner. But what about Caroline Burt? Where is Brian Cox’s ex-wife now? So, let’s take a look at the whereabouts of the actor’s former spouse in today’s piece, including their story.

Was Married To The Actor For 18 Years

Caroline Burt and the talented actor walked down the aisle back in 1968. Caroline also used to be active in the entertainment industry. She has gotten thirteen acting credits for working on movies, and television series, including I Remember Nelson, Survivors, and The Spoils of Poynton. As the former couple used to work in the same field, is it possible they might have crossed paths at work?

Furthermore, as per Nickelodean fandom, Burt’s former partner was previously married to Lilian Monroe-Carr just for a year, from 1966 to 1967. In contrast, the famous personality’s marriage with Burt lasted nearly two decades. The ex-pair welcomed kids together and created a beautiful family. But, their union came to an end in 1986. The Survivors actress’ ex-husband has opened up about his infidelity in his new memoir Putting the Rabbit in the Hat.

The X2: X-Men United actor was just eight years old when his father died. Following the tragic loss, Brian’s mom was hospitalized. The troubled childhood experience made the former actress’ partner crave normality and stable life. It was the reason he decided to get married and start a family when he was still in his twenties. However, the Scottish star thinks he should have delayed it until later in life.

The Emmy Award-winning personality also added that he struggled with fatherhood because of his demanding career. Regardless, Brian Cox’s ex-wife must have had a happy time with him and their children.

Also Read: Get To Know Yasmeen Scott – Will Poulter’s Ex-Girlfriend

Is A Doting Mother To Her Kids

During the 18 years of her marital journey with Brian Cox, Caroline gave birth to two kids, a son, Alan Cox, and a daughter, Margaret Cox. Alan is the firstborn of the Cox-Burt couple, who arrived on 6 August 1970. Likewise, Margaret was born in 1977. Both of the ex-pair’s children have grown up and now lead their life individually.

Moreover, Caroline and Brian’s son has established himself as one of the most talented actors in Hollywood. The eldest Cox is appreciated for his work in the movies like Young Sherlock Holmes, The Dictator, The Auteur Theory, Mrs Dalloway, etc.

On the other hand, the Burt-Cox pair’s daughter, Margaret, is a writer and director. She started writing when she worked for David Milch, an executive producer on his HBO TV series, Deadwood, and other subsequent series John From Cincinnati. Kozmos is the first documentary of Caroline’s baby girl. Furthermore, Caroline and Brian’s children have also worked together to make a poetry film inspired by Heathcote Williams.

Where Is Brian Cox’s Ex-Wife Now?

Caroline’s ex-husband remarried in 2002 to Nicole Ansari, who is 23 years younger than him. On top of that, the actor welcomed two kids, Orson Cox and Torin Kamrn Charles Cox.

On the other hand, Caroline has been keeping her life away from the public eye. She does appear sometimes on her son’s social media feed. But it remains a mystery if she has remarried. Let’s hope she is enjoying her time with her loved ones.

Overall, Brian Cox’s ex-wife walked together with him for nearly two decades. She is also a proud mom of two grown-up kids. Although her marriage with the actor ended within a short time, she must have had a good time. We wish Caroline Burt a healthy and happy life ahead.