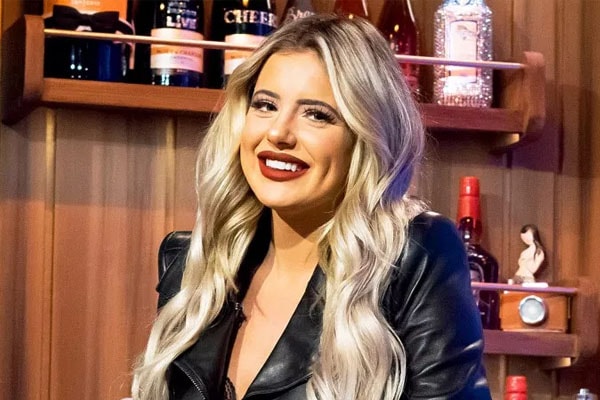 American television personality and model Brielle Biermann has had a very turbulent love life. She recently ended her relationship with MLB star Michael Kopech. The two had been in a relationship since 2016 but broke up earlier this year with allegations that Michael cheated on her. And now, Brielle is looking for a new boyfriend, or even a husband, if her Instagram posts are to be seen.

Brielle is the adopted daughter of popular football star Kroy Biermann and Kim Zolciak, she is best known for her appearances in the TV series’ Don’t Be Tardy and The Real Housewives of Atlanta. She started dating Michael Kopech way back in 2016 and their relationship lasted till early 2018 with Brielle’s friend accusing Micheal of cheating on Brielle.

Brielle and Michael’s breakup was confirmed by Brielle’s mother Kim Zolciak during her appearance on the show What What Happens Live. She stated that the reason behind the two’s breakup was primarily their busy schedule and also on Brielle being too young. She said that Brielle’s only 21 and couldn’t deal with Michael being away for 9 months during the MLB season. She, however, did compliment Michael for being a really sweet guy.

Despite all this, a recent Instagram post by Michael seems to be telling a different story about their break-up. Michael posted a picture of his new girlfriend Vanessa Morgan, and people were quick to suit that Micheal looked better with Vanessa than with Brielle. One of Brielle’s best friends Elizabeth Arthur also commented on the post claiming that Michael was not a good guy and he repeatedly cheated on Brielle while they were together. This sheds new light on their breakup and leads people to speculate a lot of things. 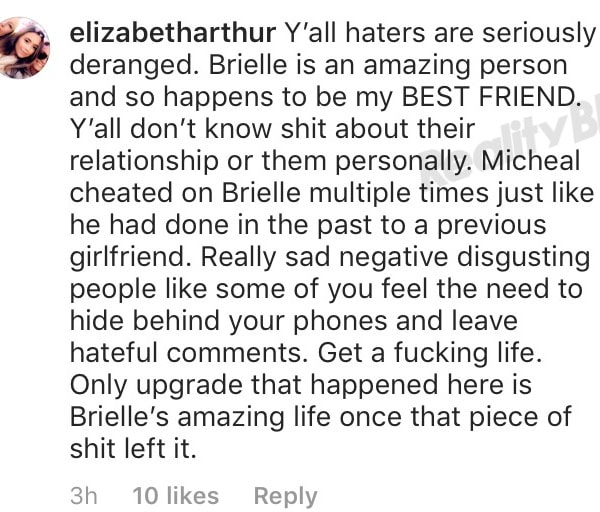 Peaches & cream Any ass eaters out there? Currently searching for one!

Brielle further added fuel to the fire by writing on her Instagram story that she was not just looking for a boyfriend, but a man who would take her as his wife. She wrote “Wife this a**, lick this a**.” These posts certainly suggest that Brielle wants a relationship that will last forever. We’ll see if she finds such a man in the near future.