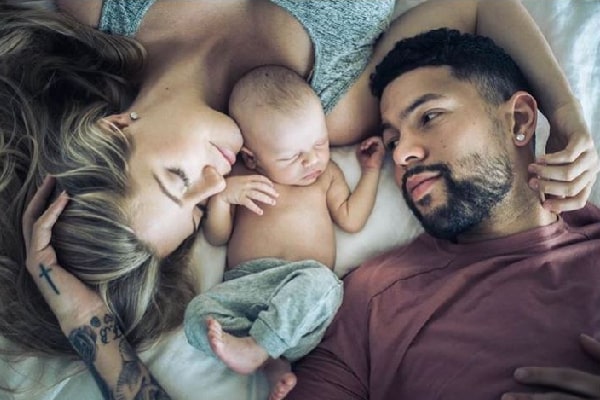 Austin Rivers is a National Basketball Association (NBA) player who is the son of Doc Rivers, a big name in the NBA. Rivers currently plays as the point guard of the NBA team Houston Rockets.

But in this article, we are not going to talk about any of the two basketball moguls. Rather, we will be focusing on Brittany Hotard and her relationship with Austin Rivers.

Brittany Diane Hotard is an American fitness instructor born in New Orleans, Lousiana. She was born on November 2, 1990. Unlike Austin, she comes from an ordinary family. She was born to parents Roland Hotard and Diane Hotard. She has one sibling, Sean. Britanny has obtained two college degrees in BBA and marketing.

Both Austin Rivers and Brittany Hotard went to Winter Park High School in Winter Park, Florida. The couple met each other in high school and apparently had been dating each other since 2012. During that time, Austin was leading the high school’s basketball team, whereas Brittany was a member of the cheerleading squad of the highschool.

The couple surely went through a fun romantic-highschool ride.

Brittany and Austin Got Engaged

Even though the couple had started dating since their high school, they did not catch the eyes of the people for a long time. But the long-term couple, who had started dating in 2012, started getting attention in November 2017. The couple had decided to take their relationship to the next level, i.e., engagement.  Austin proposed Britanny at the Botanical Garden in Atlanta on one fine evening of November. The pair announced this on November 24, 2020.

Brittany Is The Mama Of Austin’s Child (Son)

The pair surprised all the fans by giving birth to a child Kayden James Rivers on August 27, 2018. The middle name- James is in honor of Austin’s great-uncle Jim Brewer, who was also a basketball player. On one of Austin’s interviews, he said, “I told my fiancée our son is going to have a lot of pressure on him if he plays basketball.”

But we were able to see the first photographs of Kayden through his father’s Instagram. The couple then planned to get married in January 2019.

As mentioned above, Britanny and her long-time boyfriend had decided to get married in 2019 but destiny had something else for them. All of Brittany’s dreams were shattered in no time.  It turned out that Austin had been cheating on her with a model, Audreyana Michelle. She had leaked the DMs of Austin and his secondary lover. This happened as soon after she gave birth to her first child.

It was so shocking and ridiculous to hear Austin say thank you to Brittany for letting him cheat on her. Soon after the statement, the ex-NBA wag, Brittany called him ‘A F*cking Monster.’ Sadly the 10 years long relationship did not end on a good note.

The Current Relationship Between Brittany And Austin

Brittany, the highschool sweetheart of the basketball champ, is no longer in a relationship with him. As mentioned above, Brittany’s former lover is in an official relationship with Michelle. Even after such a bad ending, the former couple is possibly co-parenting Kayden as we can see lots of photos of Kayden in Austin’s Instagram account.

Kayden and Austin seem to spend a lot of time together. But with the fact that Michelle is also pregnant with a baby boy, we can predict that the table might turn very soon.

No matter what happens, it’s sure that Brittany Hotard will always be by Kayden’s side.