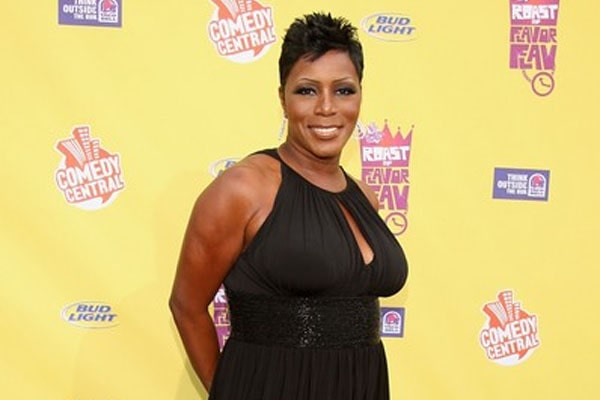 The gorgeous comedian, Sommore seems to be very single as of 2020. Image Source: Zimbio.

Lori Ann Rambough, who is famous by her stage name Sommore is an American comedian and actress who is still unmarried.

A couple of months ago, the comedian turned 54, and a common question lingered on the mind of many of her fans, ” Is the 54-year-old comedian Sommore married?” Well, if anyone is interested out there then, she is still single. For the time being, Sommore is dating nobody.

Her fans like to call her “Sommore, The Queen of Comedy.” Plus, the queen is yet to find her beloved king. It’s not like the comedian has not dated, well she had in the past.

The “Soul Plane” actress Sommore was in a relationship with fellow comedian and American actor, Nathaniel Stroman. Sommore’s ex-boyfriend Nathaniel is best known by his stage name Earthquake. There are no details on how and when they hook up. But since both of them are comedians, we can assume that they probably met one another during a comedic show.

After dating Earthquake, Sommore didn’t date anyone further. It doesn’t mean that Sommore lost interest in men. When questioned if she is dating anyone, she replied that she dates on the road.

She further added if a guy is a fan of hers then, he already has a perception of hers, which will disappoint him. Plus, he’d think she is something which she is not. Another comedian who is believed to be single is Scottish Comedian, Ayesha Hazarika.

Besides that, the Queen of Comedy prefers younger men instead of older men. In an interview with Essence, Sommore stated that a lot of women are interested in older guys, but she likes young men, as youthfulness is the key to life. Alongside if any men quote her in one of her sexual jokes, well, that’s just a mood killer for Sommore.

The comedian, Sommore’s ideal better half, is someone who will be able to separate her from the woman who does comedy. But whoever will be Sommore’s boyfriend or let’s say husband will be one lucky guy.

Enjoying Life To The Fullest

Being single has perks of its own. At the moment, Sommore is enjoying her single life to the fullest. She is fond of wearing fashionable and branded clothes. Going through her Instagram profile, she frequently posts her photos and vintage ones as well.

It looks as if she is more than happy to be single at the moment. And perhaps she is not ready to be in any kind of relationship but wants to enjoy her single life to a great extent.

Or, it could even be that she is in a loving relationship with her partner but is willing to keep to secret so that no fuss in the spotlight and media would ruin her career. It’s very tricky to know about someone’s love life for sure.