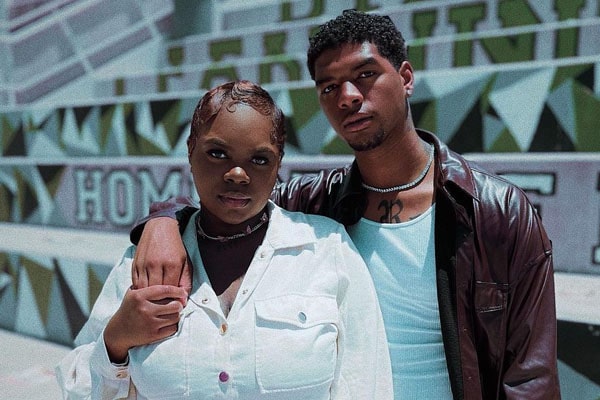 Cori Broadus is in the limelight not just for being the famous media personality Snoop Dogg’s daughter but also as a talented music artist. However, the only daughter of Snoop Dogg, Cori has made headlines more often because of her mental health than her family life and career. But lately, she has been in excess media scrutiny due to her love life.

So, who is Cori Broadus’ boyfriend at the moment, and how did it all begin for the couple? Here, let’s have a closer look at Cori Broadus’ love life and some details on her lover.

Who is Cori Broadus Dating At The Moment?

Snoop Dogg’s daughter and an aspiring music artist, Cori Broadus, is currently dating Wayne Duece, born Dwayne Polk. The news of Broadus dating Wayne spread in media after she shared a photo of them together. She revealed their relationship via an Instagram post in mid-2019. However, according to reports and seeing Wayne’s social media posts, it looks like they began dating in 2018.

Almost every day, both Cori and Wayne share romantic snaps with each other on their respective social media pages. The couple is equally in love with one another in the present as they were in the initial days of their relationship, which they prove via their social media posts.

In July 2020, Cori Broadus shared a snap of herself getting cozy with her boyfriend, Wayne Duece, on her Instagram page. In the caption, she penned down a special note to display her love for her partner. Cori thanked Wayne for holding her down and loving her. Frankly, her fans wondered about her lover’s reaction, but she turned off the comment section of that post.

Similarly, Wayne Duece also does not leave any stone unturned to make his girl, Cori Broadus, feel special. He often posts pictures with Cori on his social networking handles and expresses how much he loves her and feels blessed to have her in his life.

Seeing their immense love, support for each other, it looks like soon they will tie the marital knot and spend their whole life together as husband and wife.

Cori Broadus’ Boyfriend Is A Model

Beautiful Cori Broadus’ lover, Wayne Duece, is also a pretty popular media sensation. He is an Instagram star with over 22.8K followers. Besides, Wayne is also a model who plans to attend acting classes, audition, and book roles. Along with that, he aims to invest in brands and become a successful businessman in the future.

Moreover, the supportive boyfriend of Cori Broadus, Wayne Duece, is also a creative director of Wayne Bernard Co. His lady love often models for the company. In addition, Wayne co-owns CHOC factory, a beauty and cosmetic brand, with his girlfriend, Cori Broadus.

Furthermore, Cori Broadus’ boyfriend, Wayne Duece also aspires to be a YouTuber. He has a YouTube channel on his name, which has 81 subscribers at the moment. However, the number of his YouTube subscribers is expected to increase in the upcoming days as he is planning to start a YouTube series called ‘Game Night’ soon.

While talking to the VoyageLA, Wayne said that he aims to bring rappers, influencers, singers, dancers, and play games in his YouTube series.

Let’s hope Cori Broadus’ partner, Wayne Duece, will achieve what he desires to be in his life shortly.

Helping His Girl Through Her Mental Health Struggles

Almost every Snoop Dogg fan and those who are well-updated with his and his daughter’s personal life know that Cori struggled with lots of mental breakdowns in the past. Broadus even tried to end her life a couple of times due to her sadness and depression.

However, her family and her partner, Wayne Duece, always stood by her side. They helped her overcome her mental struggles. And, so, with their constant support and love, Cori Broadus has been healing and showing remarkable results in recent days.

Cori Broadus’ boyfriend, Wayne Duece, never judged his girl. Instead, he accepted Cori as she is and fell in love with her inner beauty. Moreover, Wayne always stood by Broadus’s side in her time of need. He gave her a purpose to live and helped her realize that life is much more than materialistic things and one just needs to keep pushing past the troubles.

Furthermore, while Cori Broadus is quietly embarking on a weight loss journey, Wayne Duece also encourages her by being on her workout sessions at the gym. We hope Wayne’s love, care, and loyalty for Cori will stay the same in the coming days.