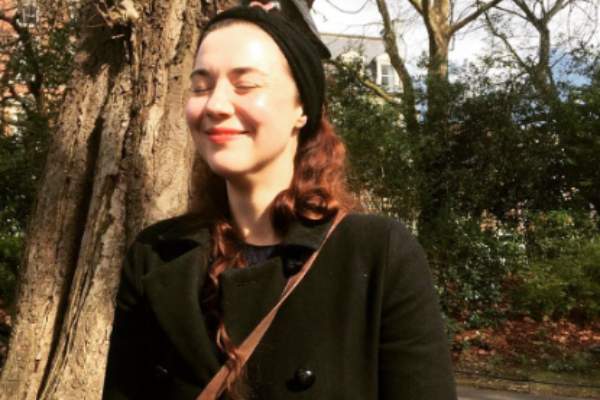 Things turned out even better for Lisa Hannigan after getting fired from Damien Rice's band. Image Source: Lisa Hannigan Instagram.

Lisa Margaret Hannigan is an Irish singer, musician, songwriter, and voice actress. She is mainly known for her collaboration with Damien Rice. She joined Damien Rice’s band when she first started playing music. Born on February 12, 1981, Lisa joined the band after being acquainted with him at Trinity College, where she studied arts.

Lisa has released three albums after starting her solo career in 2007. Sea Sew, Passenger, and At Swim are a few names from her album. Having been fired from the band proved best for her. So, follow along and find out.

Lisa’s Career And Relationship With Damien

Lisa Hannigan was born in Dublin and raised in Ireland’s County Meath. Lisa aspired to become a singer from a very young age. She participated in her secondary school choir team and aspired to become an opera singer. Asides from singing, this young lady is also very interested in writing. However, since she could only have one, she chose her passion for singing. So, Ireland lost a great novelist, but it gained a brilliant singer.

Lisa did not have to wait long to start her music career. While attending Trinity College, she met Rice in a bar on the first day of freshmen week. Besides, it was a perfect time, as Rice had left his band Juniper and was getting ready for his solo career. Lisa told Damien she could sing. Moreover, Rice was impressed when he came to see her perform in a singing competition. Soon after, she joined Rice, and her harmonies became a crucial part of his sound.

The duo also began dating each other. She performed on Rice’s 2002 album O and his following album 9, which contained the hit song 9 Crimes. During that time, she traveled with him as his band member. Moreover, she also provided vocal backing and occasionally played the guitar, bass, and drums.

Unfortunately, her singing career and Rice did not last long. Moments before Damien Rice was about to showcase his performance in Munich, he turned to Lisa and informed her that she was no longer required.

Although they no longer work together, Damien once stated they could play live together again sometime. So, let’s hope the day arrives soon.

Many must wonder if Lisa held a grudge for getting kicked out of the band. However, the situation was the opposite. Lisa stated that when she was kicked out, she left politely and said she knew when she was not wanted. Moreover, she also stated that it was slightly brutal but absolutely for the best, as she got to focus on her solo career.

Soon after being released from Damien’s band, Lisa started focusing on her solo career now that she already had many supporters and followers. Hannigan started a solo career after moving back to Dublin in 2007. Hannigan’s live recordings were accessible through radio programs on trade networks. These songs included Boudleaux Bryant’s Love Hurts, Janis Joplin’s Mercedes Benz, and a few more from the 1965 album Pastel Blues.

Received Many Opportunities To Showcase Her Talent

After starting her solo career in 2007, Lisa received many opportunities to showcase her talent. She released he debut solo album called Sea Sew in September 2008. Moreover, it was created in Dublin and Thomastown, with rehearsals in a barn. Her hard work paid off when she received nominations for the Choice Music Prize and the Mercury Prize.

Later on, after completing her first album, Hannigan released her second album, Passenger, in 2011. At Bryn Derwen Studios in North Wales, producer Joe Henry and engineer Ryan Freeland worked with Hannigan to make it. However, after that, Lisa found it hard to write for about two and a half years. But she didn’t give up on her career and kept pushing forward.

Hannigan revealed that Aaron Dessner, a founding member of the American indie rock band The National, worked with her to produce her third album, At Swim. Hannigan’s solo career may be just starting, but her musical life is everlasting. This talented singer has now released a handful of albums that have received positive feedback from people. Moreover, she has accomplished stealing many hearts from her vocals.

In summary, Lisa must be doing well in her career and living comfortably with her family. We look forward to hearing more of her creations in the coming days.