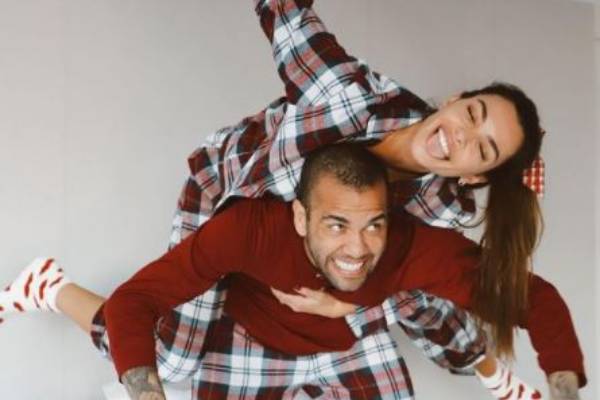 Dani Alves is a popular soccer player who plays as a right-back for FC Barcelona in La Liga. Dani is one of the most celebrated and decorated soccer players when it comes to trophies and honors. He has won almost all competitions for his club and country except the World Cup. Coming from a poor family in Brazil, Alves started his playing career in his native state Bahia in 2001.

After impressive performances in the Brazilian League, Alves was signed by a Spanish side Sevilla. He excelled in the La Liga, too, and Barcelona came knocking on Sevilla’s door to sign the player. He went on to win six trophies in a single season with Barca. Nonetheless, Alves left the Catalonian side in 2016 to have spells in Italy and France, with Juventus and PSG adding some more silverware to his cabinet. However, due to recent poor performances and a shift of management in Barcelona, Alves offered to play for the Spanish side without any wages.

Apart from his glorious soccer career, Dani Alves is very popular among fans. He is quite active on social media sites, often showcasing his dancing and pranking skills. Furthermore, he is also a family man and is married to supermodel Joana Sanz. Hence in today’s article, let’s get to know about Dani Alves’s wife, Joana Sanz.

Well, the lifestyle of a soccer player is pretty glamorous. They attend many parties and meet supermodels and actors. Similarly, Dani Alves’s spouse Joana Sanz is also a supermodel. Alves and Sanz got married in 2017. This is not the only time Dani has been married. Prior to his marriage with Joana, he was married to Dinora Santana.

However, Dani is pleased with his current marriage and partner, Joana Sanz. She is a big-time Spanish supermodel and businesswoman who has modeled for huge brands such as Gucci and Jimmy Choo. In addition, Sanz has also appeared on the cover of prominent magazines such as GQ, Vogue, Fashion, etc. She is also a regular catwalk model in the Spanish capital and a receiver of the Revelation Model award at 62nd Fashion Week Madrid.

Furthermore, Joana is also an Instagram celebrity. She has over 726K followers on her Instagram account. She advertises popular brands and products such as Celine there too. Besides modeling and advertising posts, we can also see her sharing many vacation and holiday pictures with her husband, Dani Alves.

She Rejected Dani Twice For Marriage

According to Oh My Football, Dani Alves and Joana Sanz met for the first time in 2015 through a mutual friend. Alves was still a Barcelona player back then in Spain. Soon they started seeing each other and fell in love within a year. After he departed from Barca in 2016, Dani Alves’s wife followed him to Turin in Italy.

After winning the Italian league and reaching the Champions League final with Juventus, Dani and Joana fled for a holiday in Ibiza. The love birds secretly got married there in a private ceremony. However, it was not so easy for Dani to convince Joana to marry him. Before the happy day, he had asked her twice and got rejected on both occasions. But one day in their hotel room, Alves tried his luck for the third time, and Joana finally agreed.

Dani Alves’ wife Joana Sanz and Dani himself seem pretty happy with their relationship. They can often be seen having fun with each other on their social media accounts.

While the couple has been together for several years now, they are yet to welcome kids. Neither Dani nor Joana has talked about having children together but the soccer star is already a father of two. Joana’s husband, Dani Alves’ children are Victoria Alves and Daniel Alves.

A Barcelona Fan Recently Was Hitting On His Wife

Just recently, On 6th February 2022, Barcelona and Athletico Madrid had a fierce match between them which ended 4-1 in favor of Barca. Alves was splendid for his side on the right-wing, causing havoc alongside Adama Traore putting in a man-of-the-match performance.

However, it was off the pitch antics which gathered more media attention. After the match, Alves and his wife were leaving the stadium in their car when a fan said to Alves that he was good today, but his wife was even better. Dani had a good reaction, smiling back to the fan and pointing his eyes towards them. Naturally, the full-back took it positively as his wife was right beside him.

Substantially, Dani Alves is known to be a very humble and kind person. We wish Alves and his spouse all the best for their future ahead.