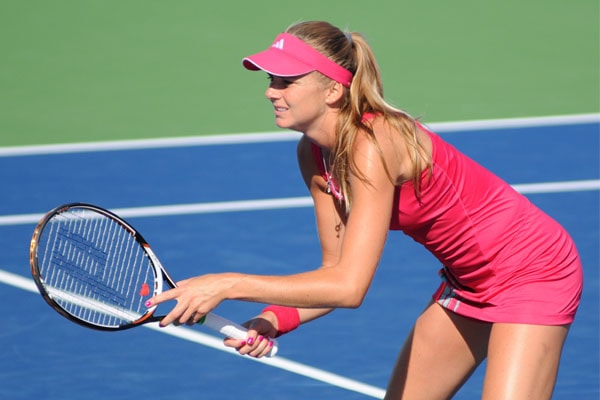 Daniela Hantuchova is a tennis player from Slovakia who retired from the game on the 6th of July, 2017. The Slovakian beauty Daniela still baffles a lot of her fans and keep them wondering on who her boyfriend can be.

After winning the 2005 US Open title. Daniela became only the fifth female player in the history to have completed the mixed doubles Career Grand Slam.

As mentioned above, the retired tennis player Daniela is single and dating no one at the moment. She already has had her fair share of love life in the past.

During 2009, Daniela was in a relationship with her then boyfriend, Wesley Sneijder. Sneijder is a famous soccer player from the Netherlands who has retired from the international field.

There is no exact information regarding how and where the pair of Daniela Hantuchova and Wesley Sneijder met. But the relationship between the two didn’t last very long. They hooked up somewhere during 2009 and ended their love life in 2009 itself.

The exact reason behind the split of Daniela Hantuchova and her ex-boyfriend Wesley Sneijder and is still unknown.

People might find it unsettling, but Daniela was/is famous for her “long legs.” People often admired her for that. She was also linked with he rumored boyfriend, Julian Wilson. Julian is a professional surfer from Australia.

The thing is a rumored couple of Daniela and Julian were together as Julian gave her a surf lesson.

In the past, rumors were that the retired Daniela was married. The news about Daniela Hantuchova’s rumored husband turned out to be a hoax spread by some of her fans.

As for now, the gorgeous Daniela works as a tennis pundit and has her brand, D-one. Her brand D-one sells products like t-shirts, a calendar, and chocolate bars.

A post shared by Daniela Hantuchova (@danielahantuchovaofficial) on Jul 2, 2017 at 1:40pm PDT

All in all, whoever will end up being Daniela Hantuchova’s boyfriend or husband will be one heck of a lucky guy.