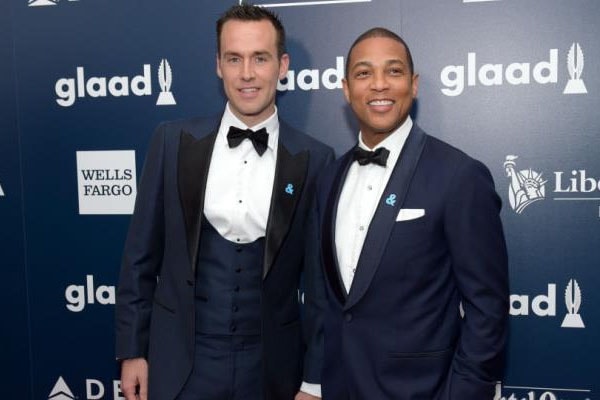 It seems like the CNN anchor Don Lemon is not married to his ex-boyfriend John Byrne. The famous TV personality Don Lemon was rumored to be dating John Byrne back in 2015. The news about their dating flashed on the internet when they shared the picture of them spending the weekend together on their social media.

But sadly they are not together anymore as we can find Don Lemon’s Instagram account full of pictures with his current boyfriend, Tim Malone.

Don Lemon Is Still In Relationship With Boyfriend Tim Malone

The African-American anchor Don Lemon is still in a relationship with the real estate agent Tim Malone. We can be sure about it from all the posts that Don and Tim have shared in their social media. They started dating back in 2017 and have been enjoying each others company since. They first made their public appearance as a couple on the Saturday Night Live afterparty where they were spotted walking hand-in-hand.

Don Lemon was also rumored of being married to Stephanie Ortiz. But the rumor does not have any confirmation as he has only stayed in a relationship with guys all his life. He is still in a loving relationship with boyfriend Tim Malone. Both Don and Tim are open about their sexuality to the world.

The handsome anchor Don Lemon and his boyfriend Tim Malone don’t miss any opportunity to share the cute picture of them being together. The couple loves to hang out with each other a lot. They can be seen vacationing at different places. They even own two adorable dogs together. They are named  Boomer Malemon and Barkley Malemon.

Don Lemon and Tim Malone are one of the influential gay couples who has opened up about their sexuality in front of the world. We can see that they have been keeping up their consistency as a powerful gay couple. We bet that they are a great inspiration to LGBTQ community and rest of the world as well.