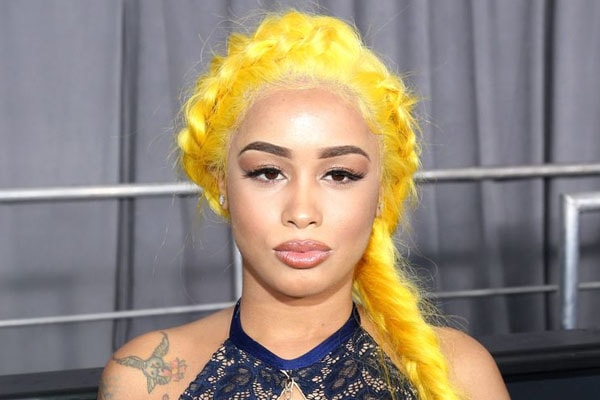 American reality television star Tabatha Robinson, better known by her stage name Dreamdoll, has had quite the buzz around her since joining the cast of Love & Hip Hop: New York. Having joined the cast in 2017, she is probably the most popular member of the show and is certainly the most interesting character of the show. All the interest in her comes from her multiple relationships and boyfriends over the years.

Dreamdoll is known for having many boyfriends over the years. In 2017, while being on the show Love & Hip Hop, Dreamdoll was in a relationship with Safaree Samuels but they broke up later that year. It was later revealed that Lil Uzi Vert was her previous boyfriend as well. It was also revealed that she had slept with Justin Combs, who is the ex-boyfriend of Winter.

Dreamdoll joined the cast of Love & Hip Hop: New York in 2017 and Safaree Samuels was also the member of the show. As the show progressed, the two became romantically engaged and Safaree became the boyfriend of Dreamdoll.

However, their relationship didn’t last long as Dreamdoll didn’t see a future for the two of them leading to a break up while still being in the show. Tensions started when Dreamdoll tagged another rapper Lil Uzi Vert on National Boyfriend Day and the two broke up.

Speaking of the guy Dreamdoll tagged, it was none other than Lil Uzi Vert. Dreamdoll posted on National Boyfriend Day a picture of Lil Uzi Vert. The two were actually together before Dreamdoll joined the reality and the post led to rumors that the two might still love each other.

This post led to Dreamdoll breaking up with her boyfriend on the show Safaree Samuels as it caused tensions between the two. While the post hinted that Lil and Dreamdoll might still be in a relationship, there has been no follow-up on this story as of now.

As of now, Dreamdoll is in an affair with Justin Combs. The two don’t have a serious relationship but it’s more of a casual affair. It seems as though the relationship is just for fun as the two are basically just having sex.

This has landed Dreamdoll in hot water with fellow Bad Girls Club member Winter as Justin is her ex-boyfriend. She unfollowed both Dreamdoll and Justin and cursed both of them on her Instagram.