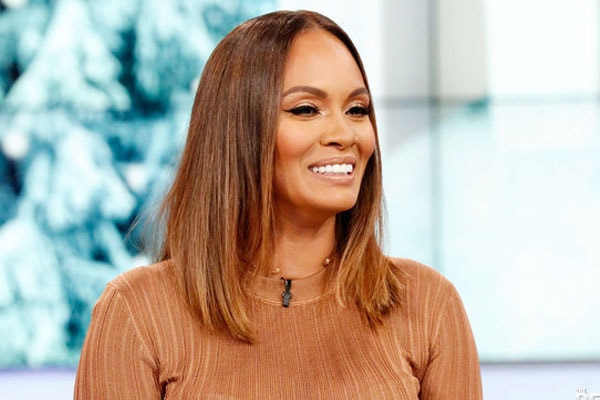 Some sources claim that the Basketball Wives star Evelyn Lozada is single at the moment and dating nobody. She has a daughter named Shaniece. In the past when asked about her baby father, Evelyn mentioned him as “Some dude from Brooklyn.”

The gorgeous Evelyn Lozada has had her fair share of relationship in the past and only time will let us know if she will date someone in the future or not. Maybe Evelyn is taking a break from her love life for a while now.

Evelyn Lozada is the mother of beautiful Shaniece Lozada/ Hairston. She gave birth to Shaniece when she was just 17. Name of Shaniece’s father has not been disclosed yet. All we know about Evelyn Lozada’s baby father is that he is from Brooklyn. In the past when someone asked about her husband or Shaniece’s father she replied: “Some dude from BROOKLYN lol RT.”

Some dude from BROOKLYN lol RT @Patty93637: @EvelynLozada / who’s her father? Are they still close?

Looking at the way Evelyn mentioned about her ex-partner gives us a clear picture of how much trouble she’s had with him. They must have irreconcilable differences in the past as there is still no information regarding him. Though some sites suggest that Evelyn Lozada’s ex-partner or Shaniece Lozada’s father’s name is Jerry. Well, it is up to Evelyn to prove whether it is true or not.

Besides that, the 42-year-old actress also has dated many guys in the past.

In 2017, Evelyn Lozada called it quits with her fiance Carl Crawford, an American professional baseball player. They called off their engagement and decided to part their ways. Evelyn’s rep stated that the reason behind the break up was infidelity. The ex-pair has a son together, Carl Leo Crawford.  Evelyn had a good thing to say when her co-star Malaysia Pargo started dating her new boyfriend sports agent Ron.

Another name that falls under the list of Evelyn Lozada’s ex-boyfriend is Chad Johnson. He is an American football player. Maybe Evelyn is really into sports as two of her exes are sports players. Their relationship lasted for two years from 2010 to 2012. One more huge name that once dated Evelyn is French Montana. As going through all the relationship of Evelyn, we can see she hasn’t got that much luck when it comes to her relationships.