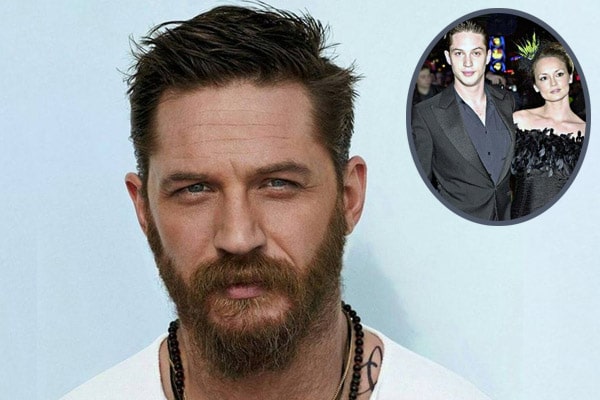 Being in a marital bond with a partner having an opposite taste in life is not easy. For a marriage to be successful, one needs to give enough time and should have a feeling of dedication. If not, the relationship might break down sooner or later. The same case arose in Sarah Ward‘s life.

If you wonder who Sarah Ward is, let us tell you that she is the Hollywood actor Tom Hardy‘s ex-wife. She is the VENOM actor’s first wife, who is mute in the limelight for a long time now. Here, we will be revealing the love life of ex-couple Sarah Ward and Tom Hardy and the reasons behind their separation.

Sarah Ward is a very secretive woman. She does not open up much about herself. While a lot about Sarah is behind the camera, one fact could not be ignored that she was once married to Tom Hardy.

The story behind how Hardy and Ward met and fell in love is still away from the media reach. Moreover, the estranged couple did not talk about their relationship while being together too. Despite Sarah and Tom’s intense secrecy, some sources say that it didn’t take long for them to tie their marital knot.

Sarah Ward and Tom Hardy took the wedding vows in 1999. Everything between the married duo seemed perfect. They seemed to be enjoying a happy life away from the media tantrums. However, Sarah filed for divorce from Tom, which got finalized in 2004, then the love-birds parted their ways away.

Lots of speculations were made about the reasons behind the doomed marriage of Sarah Ward and Tom Hardy. But, according to various sources, Tom Hardy’s addiction issues and him not being able to give time to Sarah drove the ex-couple to end their conjugal life.

At the time Tom Hardy married Sarah Ward, he was a struggling actor. After playing the first significant role in the mini-series Band of Brothers in 2001, he starred in the 2002 movie Star Trek: Nemesis. However, the film got flopped. Consequently, Hardy got involved in addiction to drugs and alcohol, which resulted in sourness in the then-husband and wife’s relationship.

Moreover, when Tom was still married to his first wife, Sarah, he dated Korean-American actress Linda Park. Hence, all these reasons created cracks in the bonding between Hardy and Ward. As a result, Sarah could not hold these marital issues for long and file for a divorce, which got legally confirmed in 2004.

Relationships After Divorce Of Ex-Couples

The Dark Knight Rises star, Tom Hardy’s ex-wife, Sarah Ward, disappeared away from the spotlight after divorce. She has not been available in public for a very long time. Most probably, she must be enjoying her life entirely far from the reach of paparazzi.

However, Sarah Ward’s celebrity ex-husband, Tom Hardy, did not stay single for long. Soon after divorce with Ward, he hooked up with Assistant Director and his fellow actress, Rachael Speed. Hardy and Speed welcomed their son together, Louis Hardy, before their disunion in 2009.

Hardy’s search for a real love did not end with separation with his baby mama, Rachael. He found his sweetheart, Charlotte Riley, in 2009. The love-birds dated for a couple of months before getting engaged in 2010. Later, without anyone knowing, Hardy and Riley tied their marital knot in a private ceremony in July 2014.

Charlotte and Tom are parents to two children together, a daughter and a son. Although the couple has never revealed the name of their daughter in media, they named their son Forrest Hardy. They named their second-born, Forrest after one of Riley’s favorite 1994 classic movie Forrest Gump starred by Tom Hanks.

Currently, Tom Hardy is living a contented life with his wife, Charlotte Riley, whereas his ex-wife, Sarah Ward, seems to be living a life far from the public attention.