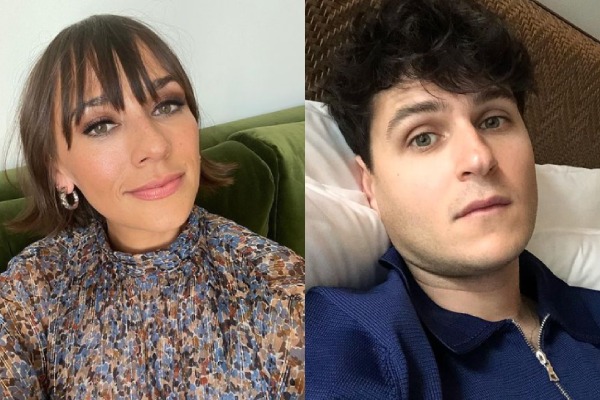 Rashida and Ezra have been together for more than four years. Image Source: Social Media.

Rashida Jones is a name that needs no introduction. Being the daughter of famous musician Quincy Jones and his ex-wife Peggy Lipton, Rashida has been making headlines not only through her family name but also with her own acting, music, and writing. Overall, she has been a phenomenon throughout her life.

In addition to her name and fame, Rashida also made headlines with the reveal of her relationship with singer Ezra Koenig. The couple has been together for a few years now and it looks like they are planning to go all the way. While they remain lovebirds, why don’t we take a look at how did it all began for the adorable couple of Ezra Koenig and Rashida Jones.

Rashida And Ezra Have Been Together For Over Four Years

Rashida Jones and Vampire Weekend’s lead singer Ezra Koenig have been together for more than four years now. The couple was first spotted at a party for the brand Opening Ceremony along with Jonah Hill. They were probably only friends at the moment because Ezra was linked with Nadja Rangel at that time while Rashida was linked with Colin Jost.

Well, the lovebirds, Rashida and Ezra have put their relationship under the radar for most of the time, but they still make an appearance together once in a while.

After a few years of secrecy, the beans finally spilled when the couple was caught cozying up when they stopped by the Variety Studio at the Sundance Film Festival. According to People magazine, one of the onlookers revealed that the couple was hugging and calling each other ‘Baby.’ It has been quite some time since that incident, and the couple is still secretive about their love life but can be spotted together a lot.

The Couple Has A Baby

Furthermore, Rashida Jones and Ezra Koenig secretly had a baby together in 2018 after a couple of years of dating. The two gave birth to a son named Isaiah Jones Koenig on Wednesday, Aug. 22, 2018, in Los Angeles. The internet was confused and shocked by this news. As they were very secretive about their relationship, the internet went wild after the couple secretly had a child. While some fans applauded their secrecy, others were quite upset about it.

Rashida and Ezra have been pretty much off the social media and keeping their child away from the limelight. They are continuing their secrecy to the next level by hiding their child. Some fans had picked up Rashida’s belly increase but were not sure if she was actually pregnant. People Magazine confirmed the birth of the child through the birth certificate.

Any Plans For Marriage?

As we mentioned earlier, Rashida and her boyfriend Ezra have been together for more than four years. The couple even has a kid, but they do not seem married unless they secretly married like they had their secret baby. Both of them hardly speak about their relationship, and there have not been any rumors about their marriage.

While Ezra Koenig and Rashida Jones continue their lovelife, we can patiently wait for further information from them. Let’s hope we hear more from them soon about the day they get hitched.