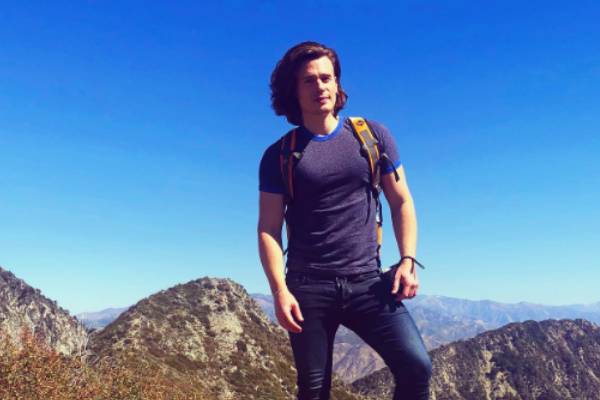 Born Blake McIver Ewing, Blake Ewing is a renowned American singer, songwriter, actor, and pianist. He is a multi-passionate artist who is also famous for portraying Waldo in The Little Rascals.

Blake continued his career in the entertainment industry and is now a famous composer and actor. As a result, there has been a lot of curiosity about the composer. Thus, today we present seven interesting facts about Blake McIver Ewing, including his net worth and love life.

Ewing was born in Los Angeles, California, USA, in March 1985. He is one of the sons of Bill Ewing and Susie Ewing. Blake Ewing’s father is an actor and producer, and his mother is an actress. He has one brother, Zack who also has several acting credits.

Moreover, the musician must have grown up having a happy childhood. In addition, he seems to have a close bond with his family members. Hopefully, their bond will continue to grow stronger in the coming days.

Is A Graduate Of The University Of California, Los Angeles

Alongside acting in many projects, Ewing also continued his studies. After completing his formal education, he joined the University of California, Los Angeles, in 2003. He earned a Bachelor of Arts degree in theatre/theater.

The California native discovered his passion and talent at a young age. As a result, he pursued a degree related to his career interest. He has worked in several theatrical plays as well.

Continued His Career In Entertainment Industry

As mentioned above, the former star has been involved in the film industry since the early nineties. Although his debut movie was Calendar Girl, he shot up to fame only after playing in The Little Rascals in 1994. Afterward, the child star appeared in numerous projects.

Blake has acted in notable movies and TV series, including Raising Helen, Hey Arnold!: The Movie, Full House, Minor Adjustments, Clueless, and many others.

According to his LinkedIn account, the successful star is now a well-established freelance director and producer in West Hollywood, California. Additionally, he was a director and choreographer at the Youth Academy of Dramatic Arts, Live Music Tour, and Ariana Savalas: The Manage A Tour (2016-2017).

Besides, Ewing is also the owner and founder of Youth Musical Theatre Association, LLC. He also served at Theatre as a director for about three months. He seems to have a wonderful career so far.

Is A Talented Singer

Apart from his career as an actor and director, the film star is also a talented singer. His debut album, The Time Manipulator, was released in May 2014. In addition, he co-wrote and performed the end credit song Along the River of the film End of the Spear. Some of his songs from the album are listed below:

Not only that, but the emerging singer has worked on several projects as a music composer. He has forty-four composing credits. Some of the TV movies and series where he served in the music department include Evil Things, Reasonable Doubt, The Dead Files, Raising Helen, Rounded Comers, etc.

The composer is launching a two-man tour, I Dreamed A Dreamgirl, with Emerson Collins. It opens on July 9, 2022, at the Desert Rose Playhouse. Also, on his Instagram, Blake has introduced himself as a vocal coach and podcaster.

The musician is one of the most successful personalities in the industry. With his career stretching over three decades, he has garnered a hefty sum of fortune. According to Celebrity Net Worth, Blake McIver Ewing’s net worth is $300 thousand.

Ewing’s fortune primarily benefits from his job as a singer, composer, and actor. He seems to amass a lot from other ventures too. Additionally, the talented songwriter must be living a comfortable life, all thanks to his massive wealth. We can occasionally get a glimpse of his luxurious lifestyle from his social media posts. Let’s hope he continues to amass even more money in the future.

Is Gay And In A Relationship

The Full House star, Blake, is gay. He has also contributed to the It Gets Better Project, an internet-based project with the mission to empower and connect LGBTQIA+ youth around the globe. He also released a song under the same title on his YouTube channel and explained his struggles as a gay teen in the description.

Moreover, the television personality is in a relationship with Emmerson Collins. Blake McIver Ewing’s boyfriend is a producer, actor and starred in The People’s Couch with him. Also, the couple first met at McDonald’s in the valley on St. Patrick’s day in 2013. Ever since then, they have been happily together.

Nonetheless, the talented star is enjoying his life to the fullest. In addition, his family is very proud of him. We wish him a rocking career ahead.