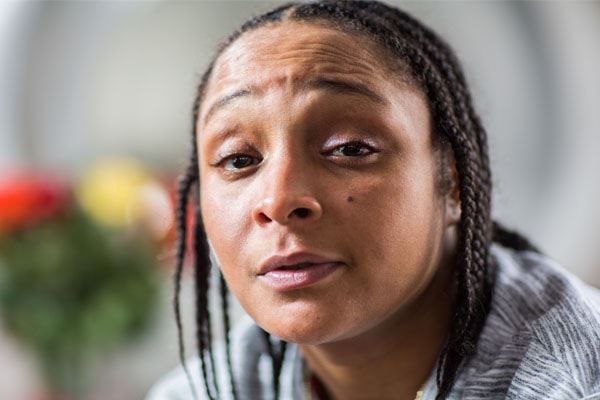 American actress and reality star Felicia Pearson aka Snoop has seen her bank account get bigger and bigger over the last few years. Having had just $50,000 in 2013, Felicia Pearson’s Net Worth has now reached a whopping $3 million as of 2018. She has made all this cash by appearing in the reality show Love & Hip Hop: New York (LHHNY) as well as her other acting endeavors.

Felicia, who spent six and a half years in prison for committing second-degree murder, started appearing as a cast member of the show Love & Hip Hop: New York in 2016, and is paid thousands of dollars for her role. She has also made a lot of cash through her acting in movies and TV series’ like Blue Bloods, The Wire, Chi-Raq, amongst others.

In addition, Felicia, who used to be a drug dealer, has made a ton of cash through her musical endeavors. She has appeared in music videos of various artists like Ace Hood, ASAP Rocky, Lil Mo’, and many more. She has also collaborated with other artists like Toni Yayo and Mazaradi Fox and released her own songs, further enhancing her Net Worth.

Felicia “Snoop” Pearson’s Net Worth, Salary from LAHHNY and Movies

Felicia Pearson aka Snoop’s Net Worth can be mainly attributed to her work on the reality TV series Love & Hip Hop: New York (LAHHNY). She joined the cast way back in 2016 and has been a part of this VH1 reality series ever since. Though her exact salary is unknown, she reportedly makes thousands of dollars per episode.

Snoop also earns a lot of money through her acting endeavors. She has featured in many movies and TV series’ in her career, and she earns a ton of cash for her roles. Her most notable work includes The Wire, Good Cop Bad Cop, Blue Bloods, and Chi-Raq.

Furthermore, Felicia herself has embarked on her singing career. She collaborated with Toni Yayo and Mazaradi Fox and released the song “It’s a Stick Up“.