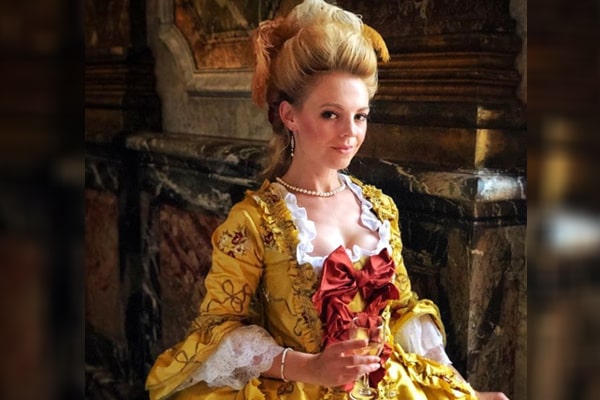 Like a clear sky is covered with monsoon clouds within minutes, a person’s life can take an unexpected turn as well. Likewise was the case with MythBuster host, Grant Imahara, and his partner Jennifer Newman.

The sudden death caused by brain aneurysm brought storm in Imahara’s family and his to-be wife, Jennifer Newman. Regrettably, life must go on despite the loss of a loved one. Therefore, to celebrate Grant’s life, we will be talking about his fiancee, Jennifer Newman. Take your time knowing this amazing lady; Grant shared his life with.

Mythbuster’s host, Grant Imahara’s fiancee, Jennifer Newman is a custom designer. The beautiful woman has worked in various movies as a designer and made a name for herself.

According to Jenifer Newman’s IMDb, she has more than ten credits as a custom designer. The beautiful fiancee of Grant is known for There Will Be Brawl, Batgirl: Spoiled, and The Death and Return of Superman. Besides, she has also worked in movies like Emerson Heights, Go Back to China, Savant: Kali 47, When I’ve Wanted to Die, etc.

Likewise, Jennifer has worked in quite a few television series like Miss 2059, UnDeadwood, Search Bar, There Will Be Brawl, etc. Furthermore, Imahara’s fiancee served as a dress designer for Non-Transferable in 2017

Moreover, Jennifer also made a spacesuit for Sona in 2018 and is a versed cosplayer as well. Both Newman and her late partner had strikingly similar interests.

Besides custom designing and model making, Jennifer Newman is also an actress. According to Newman’s IMDb, she has seven acting credits from 2009 to 2015.

Although Newman’s real love is for model making, she has appeared in a handful of movies/television series like Muzzled the Musical, The League of S.T.E.A.M., Batgirl: Spoiled, etc.

Furthermore, by the looks of Jennifer Newman’s Facebook post, she seems to run a retail shop in Los Angeles, California. Grant Imahara’s fiancee is a hustler and has been working hard since the beginning of her career.

In an interview, Jennifer revealed that she grew up watching 80s and 90s movies and thus enjoys real models than C.G.s. Furthermore, she is very meticulous and makes her models/ cosplays as perfect as it can get.

Like-minded people share a strong bond, and they tend to spend lots of their time thinking and sharing ideas. Likewise was the case with this beautifully unfortunate couple.

Aforementioned, Jennifer Newman and roboticist Grant Imahara had similar interests, and both were into model making. Thus, we can imagine the undeniable chemistry between them. Although their first meeting is uncertain, they were together for a very long time.

The former couple dated since 2011 as Imahara shared an anniversary tweet in 2016. Interestingly, MythBuster host surprised his long-time girlfriend on her birthday with a 1.56-carat vintage ring and asked her hands for marriage.

The moment was magical; a proposal in front of friends and family, but Jenny had her question. As a result, she grabbed the mike and asked, ‘Are you sure?’ After being reassured by her long time boyfriend, the pair got engaged in December 2016.

The excited couple took their excitement to their respective social media and let the world know about their relationship upgrade.

Grant Imahara and Jennifer Newman Were Not Married

Despite their long-term relationship and engagement, the couple took time regarding their marriage. Furthermore, the last time Jenny appeared on Grant Imahara’s Instagram was 2016, and vice versa.

However, the pair had continued their relationship in private without sparking rumors of their marriage. Well, marriage is a huge decision to make and lots of preparations, and both the partners seemed to be career-oriented people. So, the wedding did not take place.

Or were they secretly married? What do you think? Anyhoo, the pair looked terrific together and shared a sense of comfort via their Instagram post. They went to places and enjoyed their love for one another.

Regrettably, their relationship had a tragic end with Grant Imahara’s death.

Life is followed by death, and unfortunately, it is the rule of nature one can never defy.

Grant Imahara, a roboticist, and an electrical engineer, fell victim to such tragedy. The MythBusters host died at the age of 49 from a sudden brain aneurysm. The untimely death shocked the world and especially his loved ones, including his heartbroken fiancee, Jennifer Newman.

The grieving fiancee tweeted about the heartbreaking situation and felt happy to have known him. Furthermore, a representative for Discovery shared his condolences on behalf of the Discovery family.

I haven’t found the words. I don’t know if I’ll be able to. I lost a part of my heart and soul today.
He was so generous and kind, so endlessly sweet and so loved by his incredible friends. I feel so lucky to have known him, to have loved & been loved by him.
I love you, honey. pic.twitter.com/d7secP1Ols

The universe lost one of the greatest minds and sweetest personality a little too soon. Let’s hope Star War’s actor; Grant Imahara rests easy. More power to Imahara’s fiancee and family as he shall always remain alive via his works and memories.