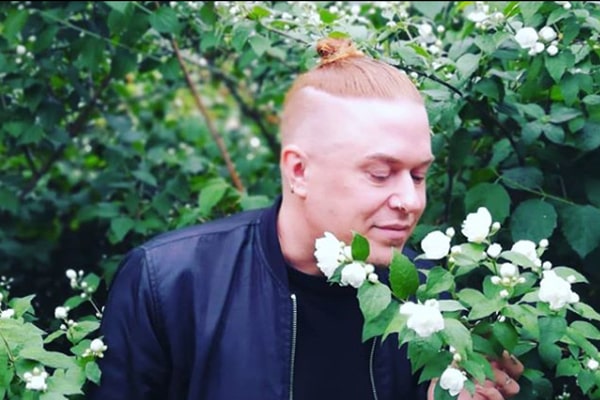 Jesse Kaikuranta is a Finnish singer. Born on  13 April 1982, Kaikuranta’s fame escalated with the participation in The Voice of Finland in 2012. Furthermore, Jesse started his journey since 2012 and is making wonders as a qualified singing instructor.

Let’s find out more about the Finnish singer, Kaikuranta in this article.

Finnish singer, Jesse Kaikuranta seems to be a very grounded person. Not to mention notoriously secretive. Although his singing ability is extended throughout the globe, his personal information is buried deep.

Therefore, there is little to no details about Jesse Kaikuranta’s partner or hints of any previous relationships. Furthermore, Kaikuranta’s Instagram is all about him, friends, and work. Likewise, in a post, he has hinted about belonging to the LGBT+ community.

Thus, either Jesse is very conscious about media presence and secretive about not revealing any of his relationship statuses, or he is single and thriving in his musical career. Either way, Kaikuranta seems to be happy and focused.

Participated In The Voice of Finland

The aspiring singer, Jesse participated in The Voice of Finland in 2012, the launching season of the show in Finland. He auditioned with ‘The Edge of Glory by Lady Gaga on 20 January 2012.

Jesse picked Paula Koivuniemi to be his mentor as two of four judges turned their chairs. He went through different stages of the show to reach the Final 4. He sang Vie mut kotiin as his choice for winning single.

Unfortunately, Jesse was not able to win the title but he won the hearts of Finland and good things awaited him from that point of his life.

Aforementioned, Jesse Kaikuranta is a calculating person. He is attentive to details and is very composed. Therefore, there is nothing much about his details. However, when it comes to music, Jesse gives his all.

Rising to fame from The Voice of Finland in 2012, he has released six albums up until today. Although he was not able to win the title, he gained massive popularity in Finland.

Therefore, Jesse Kaikuranta’s net worth must be growing considerably along with the sales of his albums. Besides, he actively tours and performs in several venues occasionally. The tickets for the show sales out smoothly, earning him many dollars. Similarly Kaikuranta makes a decent amount of money from sponsorships and advertisements.

As stated above, Jesse Kaikuranta is a private person. Yet, he loves to flaunt his childhood pictures on his social media. Born on 13 April 1982 in Mariehamn, Finland, he has managed to keep his family a secret. However, he does not forget to show his appreciation for his mother via social media.

However, Jesse could not resist sharing his sibling on Facebook. The retro pictures which resonate with his inner diva show that he had a fun childhood. Although Kaikuranta’s parents are a mystery, they sure groomed their son well.

Furthermore, the soulful singer spent his childhood in Ahtari but currently resides in Kokkola. Likewise, going through his Instagram, it seems like he is a naturalist. All of his pictures include the serene nature and his moments with his friends and colleagues.

Reading Jesse’s captions, he seems to be sensitive in the heart, which justifies his voice. The 38-year-old continues to grow both career-wise and emotionally.

Let’s hope he continues to grow as a singer, and we get to know more about him in the coming days.