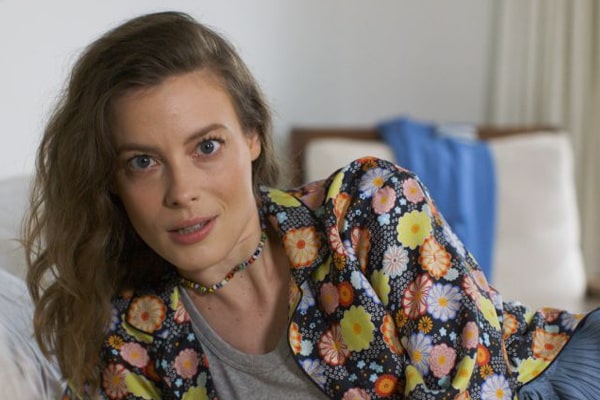 The blue-eyed beauty seems to keep her private matters away from the media scrutiny. Image Source: Social Media.

Gillian Jacobs is an American actress famous for the NBC comedy series, Community, Netflix series Love, etc. She has been actively involved in the Hollywood industry since 2005 and earned a reputation of her own.

Loved for her big blue eyes and luscious blonde hair, Gillian Jacobs has lured many hearts and ultimately linked with many co-stars in the past. Today, we will be looking into Gillian Jacobs’ love life and try to find if she’s single or married. Embrace yourself for some heartbreaking news.

The gorgeous blue-eyed actress, Gillian Jacobs, seems to be very secretive when it comes to her relationship status. She has managed to keep her intimate stories away from the media scrutiny. Thus, Gillian Jacobs’ boyfriend is nowhere to be found.

Furthermore, according to Vanity Fair, she loves fellow theater nerds but ironically has never dated another actor. In the interview taken in 2017, she further revealed that her current partner is creative but not necessarily a camera inclined person. Hence, it is pretty clear that Gillian Jacobs’s boyfriend is out of the entertainment industry, and she is maintaining her privacy.

Privacy so acute that Jacobs has decided to stay off the social media for some time. Thus, Jacobs’ partner is a mystery and seems like she could be in a healthy relationship regardless of her opinions of marriage.

Not A Big Fan Of Marriage

Well, childhood and the circle one lives in to make a significant impact on forming one’s perception. Such was the case with the Ibiza actress, Gillian Jacobs.

Jacobs is vocal about her parents’ divorce when she was just two and was raised by her mother, Martina Magenau Jacobs. Her father, William F. Jacobs Jr., an investment banker, was an alcoholic, which made her wary of alcoholic beverages and decided to practice Teetotalism.

Likewise, witnessing failed marriage first hand and seeing people around her marry for green cards and health insurance created a bad impression of marriage for Gillian. Thus Jacobs’ hazy thoughts towards marriage are pretty much justifiable.

Jacobs has never dated a fellow actor off-screen but has a brilliant on-screen romance with actors like Adam Driver, Adam Brody, etc. These screen romance and versatility have earned her reputation as an acclaimed actress and has won millions of hearts.

Unfortunately, Gillian Jacobs’ specific interests in men are away from those in the industry. Aforementioned, she seemed to like fellow theatre nerds, but her partners were most likely to stay away from the camera. Thus, the possibility of Jacobs’ romance to come off the screen seems very slim.

While talking to Entertainment Tonight, Gillian talked about her worst date when a person told her that he could get her job at a strip club. She further continued that her date asked her to come home with him and his mom would cook her breakfast in the morning. Jacobs also revealed that she has many stories like these.

Continuing to talk about someone making them happy in their worse, Gillian also talked about her platonic friendship with a guy named Richard.

Sadly, Gillian Jacobs’ boyfriend is nowhere to be found, and her opinion towards marriage is not favorable. However, we can wait for Gillian to address her relationship status and rest her fan’s heart in peace.

Until then, we might have to wait patiently for her to announce her partner’s whereabouts.