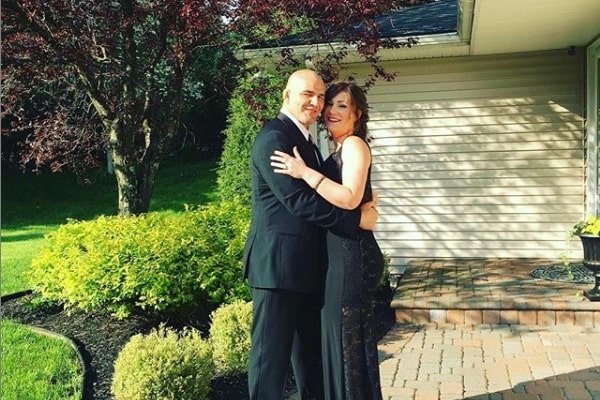 Love finds you when you least expect it and sees you in the most vulnerable state. A similar incident brought Glover Teixeira and his wife, Ingrid Peterson Teixeira, together. Born on October 28, 1979, Glover is a Brazilian mixed martial artist and currently competes in the Light heavyweight division of the UFC. Furthermore, he was a former member of the Brazilian National Wrestling Team.

Glover Teixeira had gone through a lot to achieve the success he has acquired.  As of 2020, he is in the #5 in the UFC light heavyweight rankings. Besides enjoying a successful career, Glover is in a blissful marriage with his decades-long wife, Glover Teixeira. Let’s find out something about Glover Teixeira’s gorgeous wife, Ingrid.

The UFC champion, Glover Teixeira’s wife, Ingrid Peterson Teixeira, seems to enjoy her life in privacy. Despite living her life without attracting any media’s attention towards herself, she is aiding her husband’s business, Teixeira MMA & Fitness.

The fitness center was opened in Danbury, Connecticut, in 2014. However, it was relocated to 32 Stony Hill Road in Bethel, Connecticut. MMA & Fitness not only provides gym facilities but also offers comprehensive Mixed Martial Arts programs.

The team is officially on their way to Jacksonville. Good luck & stay safe!! We will be cheering you on from home on Wednesday!! 🥊 #TeamTeixeira #mma #gloverteixeira #danburyct #bethelct #ufcjacksonville2

Glover Teixeira’s life partner, Ingrid, has been helping curiously to run the business smoothly. However, she prefers to keep her personal information to herself. Furthermore, Ingrid’s Instagram is also private, citing the link to MMA & Fitness. As a wife of a martial artist, she finds it difficult to watch her husband get injured. However, she believes in him and thinks he is a hard worker and tends to remain calm.

Although Mrs. Teixeira seems tight-lipped and enjoying life in private, she is poised and strategic. She survived and managed to fight for her love, which has tied the couple indefinitely.

The Love Life Of Amazing Couple

Life challenges a person’s ability and patience on so many levels that it is difficult even to think. However, stoicism teaches them a life-time lesson and makes them appreciate love even more.

Likewise, mixed martial artists, Glover Teixeira and his wife, Ingrid Teixeira, also had to fight for their love, and it cost them the US $ 8,500. The couple first met when he moved to the US illegally in 1999. Their fate intertwined at a gym where Glover trained. Teixeira’s wife helped him with English and eventually fell in love.

The couple got married after two years of dating. Additionally, Glover’s career began with Chuck Liddell‘s team the same year. However, sadness soon followed the couple.

Difficult Marriage As An Immigrant

Glover and Ingrid’s marriage was put to test by the nation. After a few years into marriage, Ingrid Teixeira’s husband, Glover was forced to obtain a regularization of his situation in the USA when UFC bought the smaller organization.

Because of the terror caused by September 11, 2001, immigration laws were changed. The Brazillian competitor had to leave Connecticut, pay a fine and return to Brazil and re-apply for a US visa.

The process lasted for four years. Amidst the chaos, Glover Teixeira’s wife once or twice a year despite the tight financial situation visited her husband in Brazil. Plus, the couple spent $8,500 with lawyers without success.

However, Ingrid Teixeira did not give up and continued her attempt to bring her husband back. The entire saga came to an end after Ingrid’s appeal reached state senator, Chris Murphy, who was moved by a letter written by her. The green card was finally given in 2011.

Although the couple has been together since 2003, they do not seem to have babies. Or it could be because of the protective nature that they have refrained from posting about their children. Although not much is revealed, Ingrid’s husband posts about goddaughter via Instagram.

Let’s hope the couple prospers together, and we hopefully manage to grasp a glance of their journey as parents.