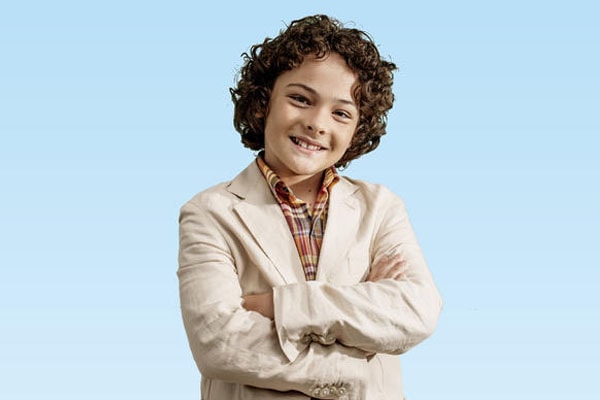 The fourteen years old voice actor, Hayden Rolence, is an American child actor from Aurora, Illinois. The Finding Dory voice actor for Nemo, Hayden has also acted in several movies including Cicero in Winter, Bera Persei, and Whom I Fear.

The Suburban boy, Rolence, was born to parents Jason and Marlene Rolence. The talented Hayden is not the only son in the family and has a little sister, Meadow.

Hayden Started His Acting and Modeling Career When He Was Four

The little Hayden started modelling when he was just four years old. The young Rolence has been in a few short films and has also screen-tested with the famous Joseph Gordon-Levitt and Emily Blunt. However, the voice actor is not quite sure what the future holds for him.

According to Rolence, he wants to try everything just to see what everything is like. Likewise, the talented actor is willing to do more “Finding…” films.

When the hit movie “Finding Nemo” hit the theatres, the young Rolence was not even born yet. However, the prominent actor has been successful in stunning the audience with his impeccable talent and skill in his profession. The 14-year-old beauty has been able to amaze the audience which is evident in the movie Finding Dory’s success as well as his various accolades for the role.

The Chicago -area kid, Hayden was nominated for the BVTA Feature Film Voice Acting Award for the movie “Finding Dory” in the year 2017.

The Adorable, Rolence, is a plucky, curly-haired kid from Aurora III. The lovely child is the voice of Nemo in the blockbuster Pixar Film “Finding Dory”. The little fish that Rolence played made a lot of fans fall in love with the character awarding him the Blimp Award 2017. Rolence shares the nominations with famous celebrities including Ellen DeGeneres and Albert Brooks.

The young Rolence replaces the now twenty-two years old Alexander Gould who was the voice of Nemo in the prior movie “Finding Nemo”. However, the taking over part was not easy for young Hayden. The dedicated little Rolence watched the incredible movie, “Finding Nemo” over and over again to get the voice down and appropriate for the role.

Hayden was thrilled and overwhelmed to get the role. However, the little boy did not get to meet any of his “Dory” castmates, except Ellen DeGeneres and Albert Brooks. Furthermore, the Rolence and his parents were sworn to secrecy and had to lift a heavy secret of getting the role on his shoulders.

The adorable Haydon is not the only child in the family and shares his parents with his little sister, Meadow. The brother and sister share a strong bond and the siblings are inseparable.