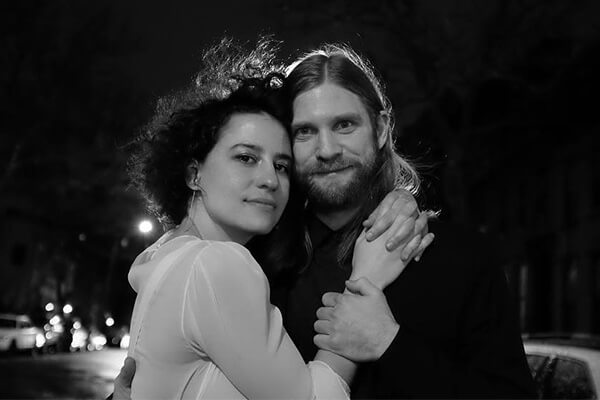 Ilana Glazer‘s husband, David Rooklin, is a scientist. The cute couple secretly tied the knot in 2017 in a lavish wedding ceremony. The hubby, David, is the Broad City actress’ longtime boyfriend. Ilana, who is a talented actress and a comedian, enjoys a successful married life with her loving spouse, David.

Here are some interesting facts about Ilana’s mysterious husband and partner, David Rooklin. Although he prefers to live a quiet life away from the media limelight, Mr. Rooklin’s educational background and political views are relatively known.

A graduate of New York University, David Rooklin works as a research scientist at the same institution. He has a Ph.D. in Computational Biology and is also an occasional lecturer at NYU. David’s field of work as a computational biologist involves the creation of computerized models to study biological, ecological, and behavioral systems in society.

David’s wife, Ilana, is similarly an educated woman. She is also an NYU alumnus, graduating with as a psychology major in 2009. Undoubtedly, the husband-wife duo loves to pick each other’s brain when it comes to their respective academic fields.

When it comes to the pair’s political views, unlike most couples, they seem to agree with each other. In a world where people fight with their wives and husbands over politics, Ilana and David are setting a good example. In an Instagram post, Ilana celebrated her 2nd wedding anniversary with her partner.

The couple, who both graduated from New York University, were raised in a progressive environment. As such, David and his wife Ilana believe feminism. They are practitioners of gender equity and women empowerment.

Ilana Glazer’s husband Dr. David Rooklin is a man of few words. He prefers to live a low key life, working quietly in his laboratory without outside interference. Furthermore, David has not talked much about his relationship with Ilana or the personal details of their dating life. Although, in an episode of Kelly & Ryan, his wife Ilana came forward about marrying a dashing scientist husband.

Nonetheless, it has now been clear that Ilana’s mysterious boyfriend since 2013 was none other than her soon-to-be husband, David. In her social media posts, Ilana often hinted about her romantic involvement with David. In an article of Ilana published in 2014 by The New Yorker, the Broad City star Ilana mentions that she’s dating Rooklin. Moreover, it’s how the world got to know about David and Ilana’s relationship. Well, many fans are eagerly waiting for the very good news of Ilana’s pregnancy.