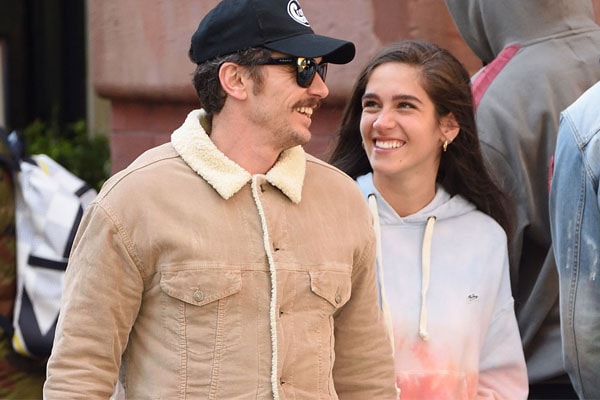 Currently, the American actor James Franco is in a relationship with Isabel Pakzad. There is an age gap of 15 years between the two, and that doesn’t seem to be a problem.

James Franco’s girlfriend Isabel Pakzad is a social media personality. And after the news of dating of Isabel and James was released her Instagram has seen rapid growth. As of August 2018, Isabel has got over 26.4K followers.

James has been reportedly dating Isabel since the early of last November.

The “127 Hours” star James Franco is involved in a scandal as many women have accused him of sexual misconduct. Despite winning a Golden Globe for the Best Actor in The Disaster Artist, James was not nominated for an Oscar. HBO has got faith in James, and he will continue to star in the season two of The Deuce. Well not just HBO but James Franco’s girlfriend Isabel also believes in him as she stood by her man throughout the scandal.

Neither James nor his girlfriend Isabel has publicly spoken about the romance between them. But they have been spotted few times in public in different occasions. And in 2018’s SAG Awards, the gorgeous Isabel Pakzad was James Franco’s date. We can see the lovebirds enjoying and having a romantic time together.

Well, Pakzad had posted a photo in her Instagram cropping a person besides her. By the looks of it, we can presume it was James. Maybe they don’t want any media attention. Just like them Daniel Radcliffe and his girlfriend Erin Darke don’t share one another’s photo on their social media outlets.

James Franco’s girlfriend Isabel is getting a Masters in Integrated Design, Business, and Technology.

The girlfriend of James Franco is an avid traveler as we can see her in different exotic places on her Instagram. Well if she travels alone or with James is still a mystery because in many of her photos she is alone.

For the time being James is enjoying his love life with his girlfriend, Isabel Pakzad.